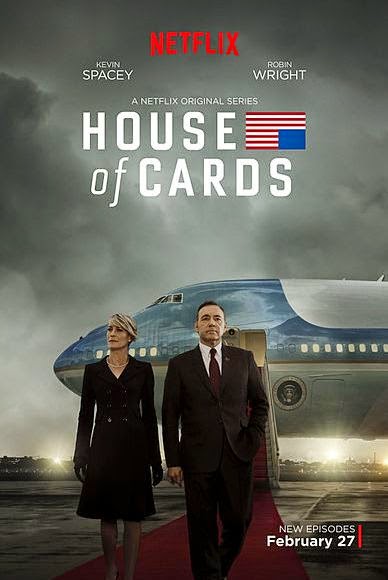 I ignored House of Cards back in 2013, as I didn't take it seriously since it was an original series just for Netflix. Last year I became a fan of the series, and I understood why it was such a success with critics. The first season had Francis J. Underwood as a ruthless congressman, the second season had him as a Vice President seeking higher power, and now he is President of the United States of America. 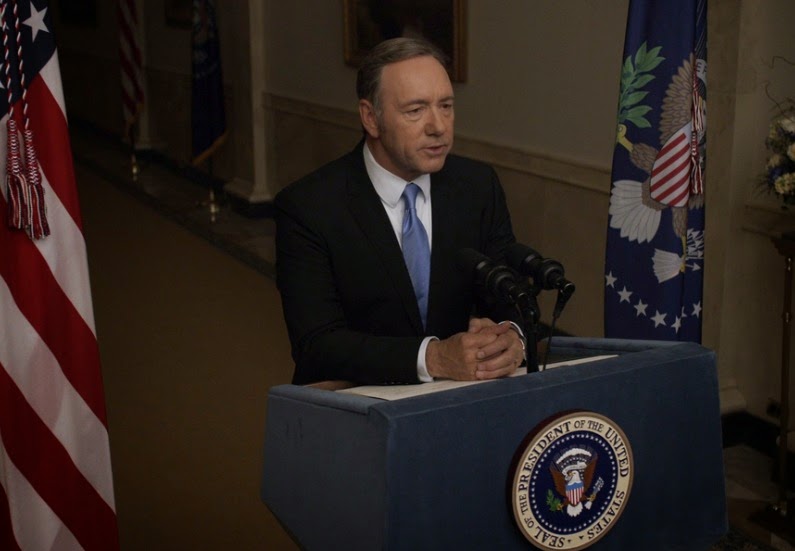 The story continues a good bit of time after President Walker resigned, and Frank Underwood took over as Commander-in-Chief. Frank originally wanted to be President for revenge against Walker for breaking his promise about making him Secretary of State. With the original goal out of the way, Frank now wants to leave a legacy. Except he'll do anything to stay in the history books. 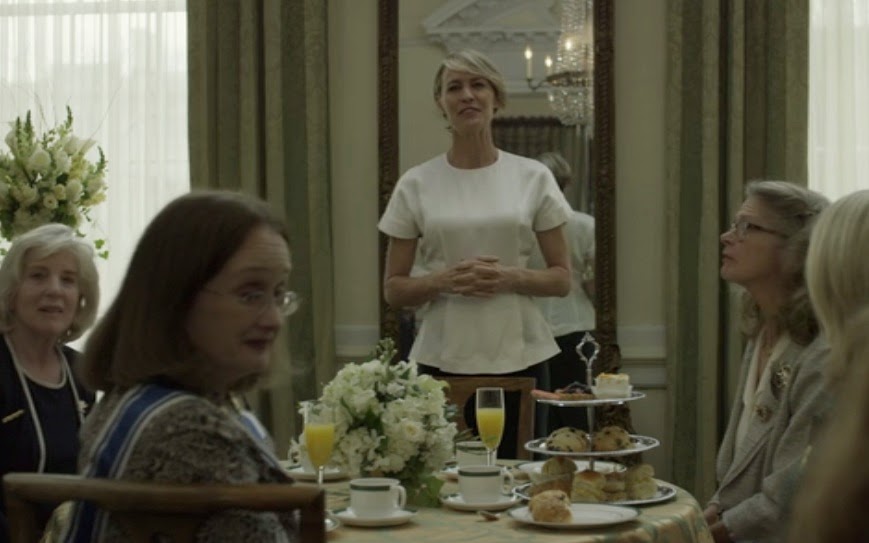 This won't be an easy task either for the President or his wife Claire.  The new First Lady is popular but wants to become something more than the president's wife. Frank isn't as popular, and his approval ratings has caused those in his party to challenge him for the Democratic nomination in 2016. 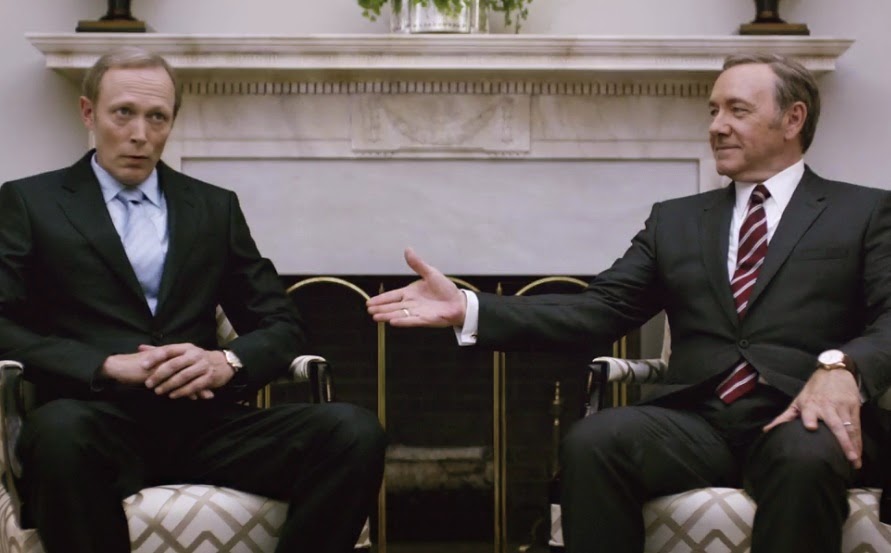 Overall I was rather disappointed with the third season, as it went a direction I wasn't expecting. I did like the story for the most part, and the obvious parody version of Vladimir Putin. I was just surprised to see Frank Underwood less evil in this season.  I was even more shocked to see Claire go from Frank's strong and independent female counterpart to a soap opera-ish drama queen near the end.

Email ThisBlogThis!Share to TwitterShare to FacebookShare to Pinterest
Labels: house of cards

I tried to watch it--I couldn't get through the first episode. It just didn't catch my interest. I'm not much into politics, though.

I'm halfway through Season 3 and can't wait to see what happens.

Nver seen the series but heard a lot of positve comments.

Haven't seen any of it.

I agree Stephanie. I didn't even make it halfway through the first episode. I think I'm too stooooopit to understand intellectual TV shows.

I really should take the time to watch this. My kids love it- Diana

Season 3 was nowhere as good as the last two

Waaay too much soap opera crap in this season.

I wish I could find time for this one, thanks for sharing!

We debated starting this one, but since it's still running, we just started The Wire.