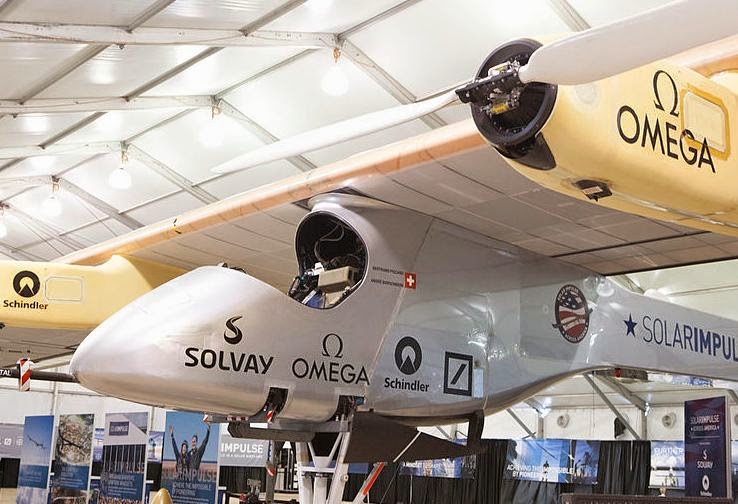 While solar-powered cars seemed more dream than reality to most people, the plane known as the Solar Impulse flew farther than any other solar air-plane yet. Unlike some other solar vehicles, all it's energy comes straight from the sun, so there's no hybrid system using another form of energy. It made a trip of 912 from Oman to India which is farther than any solar plane before it. From what I understand, human made solar-power systems are only eight percent efficient. Imagine what a plane could do if that number was eighty or even a hundred, once scientists can figure out how to make better solar technology?
Posted by Adam at 11:00 PM

They will come here!

The solar speed radars around Notre Dame only work about 10% of the time. I don't think I'd trust hopping in a solar powered plane.

I read about that recently. Fascinating.