The Theory of Everything (2014 Film) Review 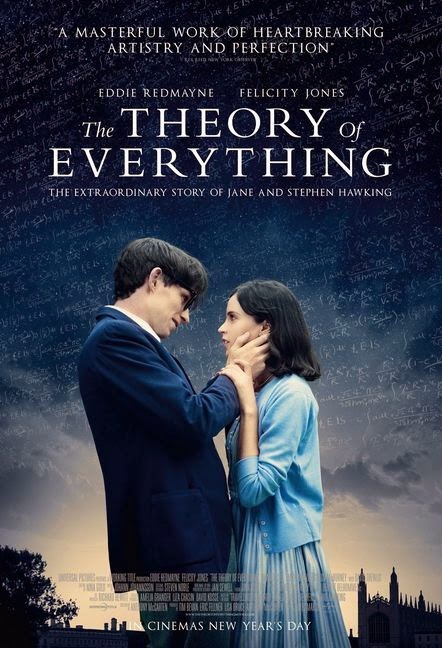 I noticed The Theory of Everything very early on mainly because I heard they were making a movie based on the life of the scientist Stephen Hawking. Most people know him because an illness had physically handicapped himself to a wheelchair and he can only speak with a computer making a voice. But he's still a phenomenal scientist, and I was interested to see this movie. 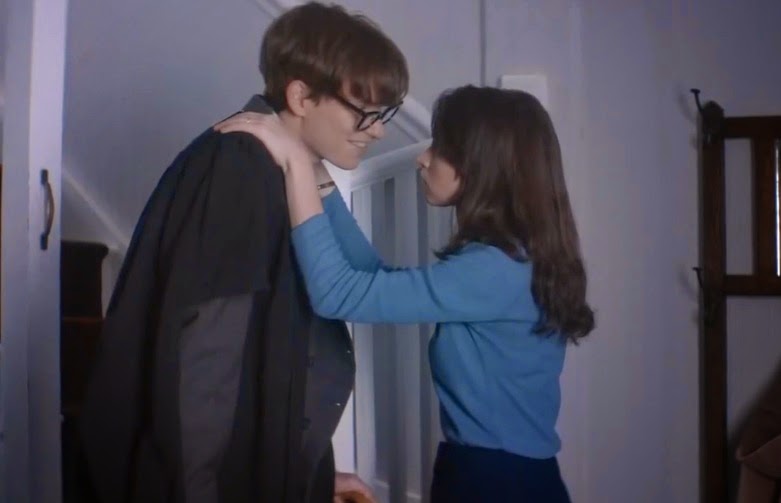 The movie begins near the end of Hawking's days in college. He meets a young woman named Jane Wilde and they start to date. Despite him being firmly non-religious, and her being a devout Christan, they fall in love and get married.  Shortly before he finishes school, he learns that he has amyotrophic lateral sclerosis which doctors only give him about two years to live. 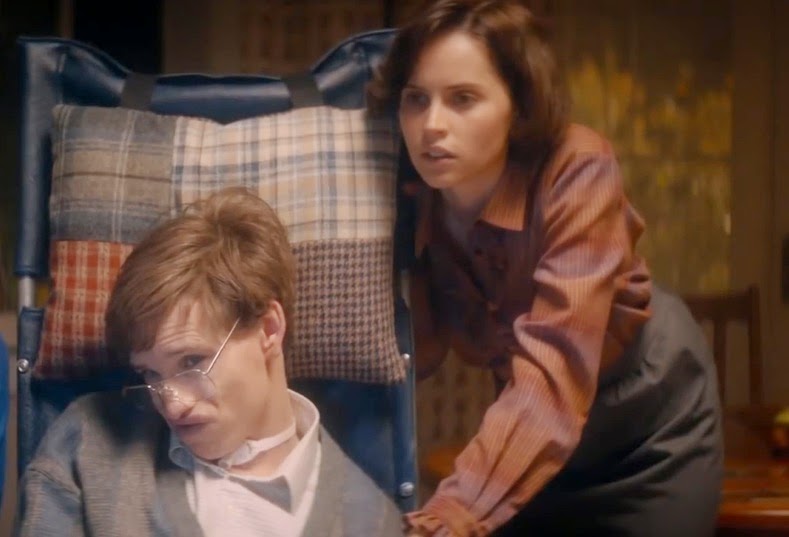 Despite the odds, Stephen Hawking survives but his life will never be the same. He loses more of his physical strength as the years roll by, and while his brilliant mind is making ground-breaking work, he loses the ability to walk, move, and even speak. His marriage to Jane will also be tested to the limit. 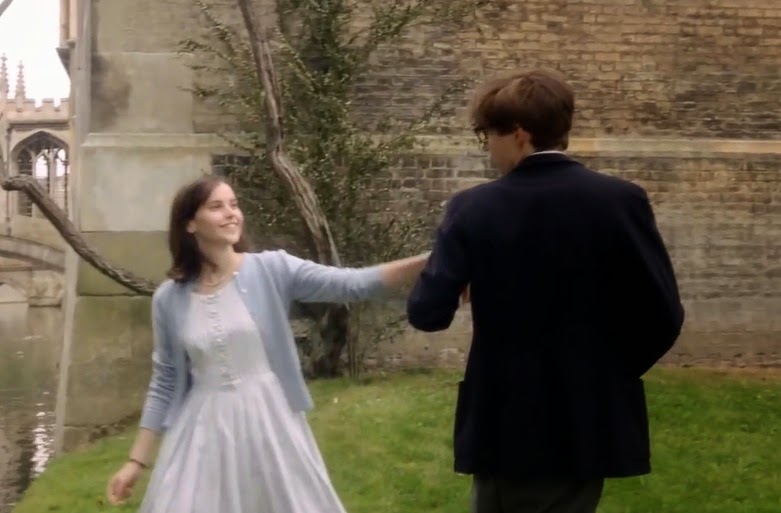 I didn't like The Theory of Everything as much as I expected (it was Oscar nominated), but I still really liked it. I had heard about the troubles of his marriage, and was kind of shocked about some of the details. But this movie clears it up and you understand why without judging Stephen or Jane too much. Eddie Redmayne won the Oscar for Best Actor for his role of Stephen Hawking and he certainly deserved it as by the end you could almost swear that was the real Stephen Hawking. I also liked how they handled the theological difference between Jane and Stephen.

Oh, I so want to watch that film!

I;ve really been wanting to see this one, too.

I didn't watch it yet...I thought it would be a very sad movie and didn't think I would want to see it.

I read a little about his life and I was shocked at the details, too. Sounds like he was a bit of a philanderer?

Thanks for the review. I am interested in seeing this movie.

Not familiar with him, but it is amazing what people can do even if they have problems.

I can't wait to see this one. Jason has been itching to see it, but with our basement renovations still going on, there hasn't been much time for movie watching. Soon, though!

A truly ( truely - depends on spelling - US v's correct English versions).
Congratulations on a good post.
Next please.
Colin
Brisbane, Australia - (that is not Austria as Americans do get mixed up with?????)
Thank God I do have 1/4 Austrian/German heritage - Passau - a border city.

I really enjoyed this movie and I thought Eddie Redmayne did an amazing job. I'm glad Stephen Hawking was OK with the movie and that he and his first wife have remained friends.

i will watch today