Bernie Sanders is Running For President 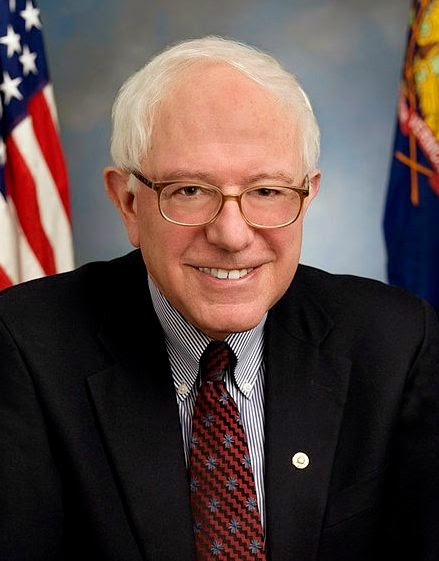 Bernie Sanders is one of the few people in Congress who is politically independent. He's serving as a Senator representing Vermont, and he's one of the most honest and passionate people in office. He's running as the first primary challenger for Hillary Clinton in the Democratic primary. I honestly don't see him winning the primary or the general election because of his age, or that his political stances are more to the left than anyone in Congress would admit to the country. If Hillary doesn't see any more challengers, he's certainly has my vote though in the primary.
Posted by Adam at 11:00 PM

I think Hillary is going to be hard to beat-and you are right-his age will stand against him..

Adam, young man!!
Shouldn't you be more concerned about the now very close nuptials
rather than who or who isn't running for the Presidency of the USA????
Cheers
Colin

I know of his politics only from reading some quotations by him but I like what I read! He doesn't have a chance, of course, but nice to see someone with left-leaning principles speak up in the US.

I think he would be two years older than Reagan.

I admire Bernie tremendously, but he should have run earlier in his career.