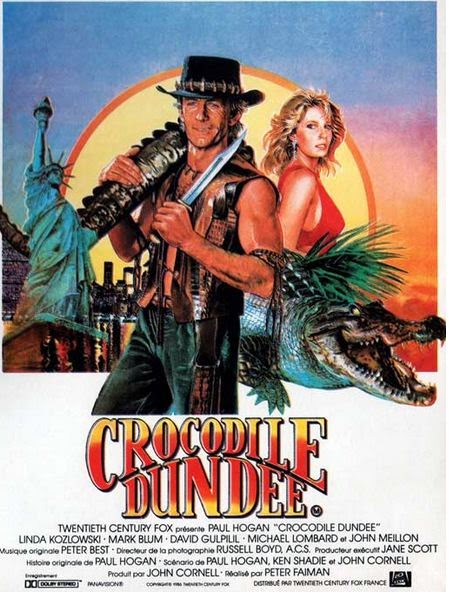 I had heard of Crocodile Dundee for quite a few years. Back in 1986, it made a good enough impression to have some influence in popular culture. It also got an Oscar nomination back then for Best Original Screenplay. 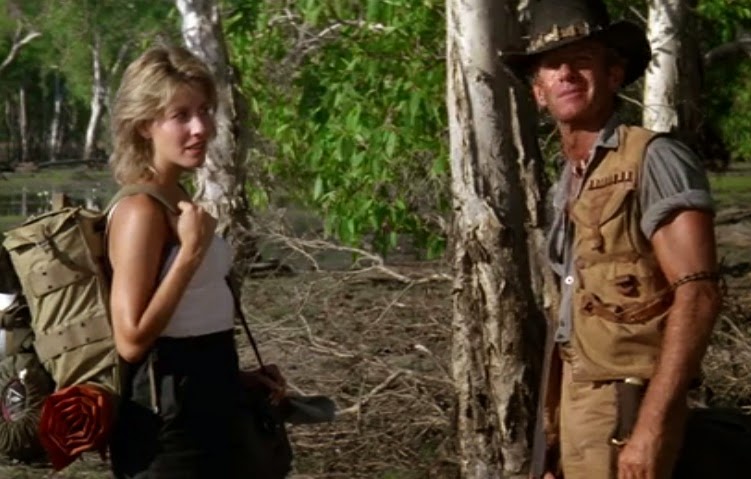 The story has a newspaper journalist, Sue Charlton who goes all the way to Australia for a story. She meets a man named Michael J. Dundee, though he goes by the nick-name "Crocodile". Dundee was bit in the leg by a crocodile and survived, and Sue follows him to where it happened. After spending a few days together, Sue convinces Dundee to travel to New York with her. 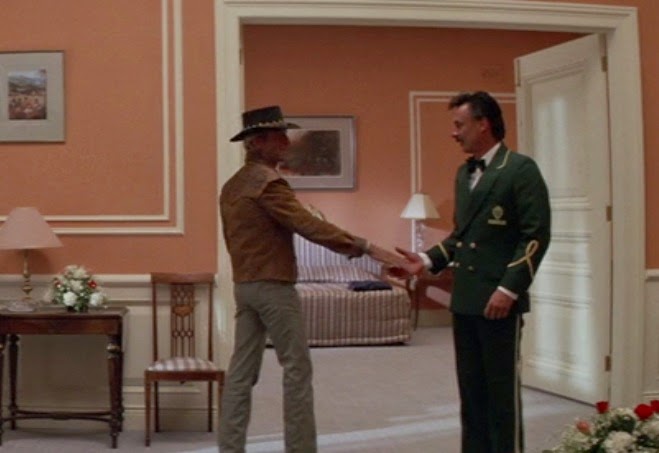 When Dundee gets to New York, he doesn't know what he's in for. He's never even been to a city in Australia, let alone one of the biggest cities in the world. Though he's very friendly, and doesn't quite understand when people are doing less than honorable things in the city. 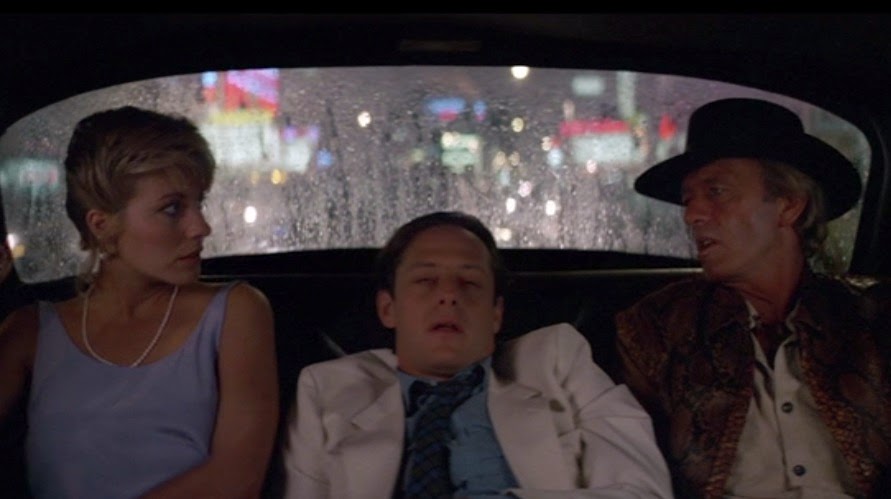 While I didn't think Crocodile Dundee was the funniest movie ever, it was still a very likable film. Mainly because the character of Crocodile Dundee is so likable himself. I hear there are two sequels, with the final one being the one not many people liked at all. Which means I'll probably just see the 2nd movie and not see the entire trilogy.

"No, mate, THIS is a knife!" I remember enjoying this movie a lot when it came out. The sequel was so-so and yes, I've heard the final one was just plain atrocious. Paul Hogan who played Crocodile Dundee and the woman who played the reporter got married in real life but I believe are divorced now (?)

A nice movie, love it.

The second one is equally good, perhaps a bit funnier.

Correct - they are divorced.
The NYC reporter who came to OZ to see what this Crocodile
bloke was all about and subsequently married Paul, caused quite a
furore here. The country was in total sympathy with his first wife.
Thus Paul packed up and moved to California!

Strange movie: Some of Paul's antics with buffaloes and crocodiles
were a bit over the top, but it was enjoyable to a degree.
I think Adam's rating of B is right on the mark.
Colin

I thought that movie was a lot of fun.

I remember watching this during school when I was 14.

I loved this movie in the 80's! Such a fun flashback!

I remember that when it first came out. My hubby loved it.

I loved this movie!

Yep...I saw it when it first came out...you were generous in your scoring on this one. :)

It was really funny when it cam out. Not sure what I'd think about it today.

I have watched this movie a few times, very recently, too. It's a fun film.