Fact of the Day: Alan Turing 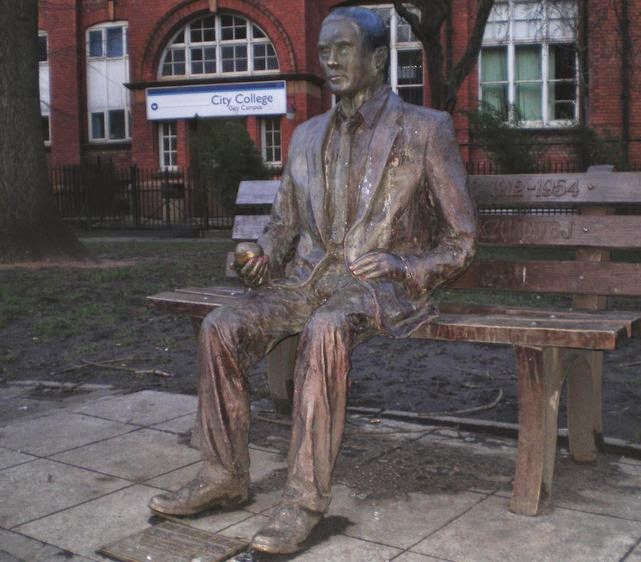 Alan Turing was British mathematician who used his talents to break German codes during World War II, which saved millions of lives, shortened the war, and arguably was the reason the Allies won the war. He is often considered the father of modern-computers and artificial intelligence. In 1952, he was arrested in Britain for having romantic relations with men. He committed suicide two years later, and the British government didn't apologize for the way he was treated until 2009. Queen Elizabeth II granted him a posthumous pardon in 2013.
Posted by Adam at 12:01 AM

I loved the film about his life , very interesting man. Kisses:)

It must have been hell, treated badly for being homosexual.

i had seen the film of his life. tragic:(

for me he's such a good and smart man.

That's bittersweet - he never knowing he was pardoned.

How interesting that you would post this just after I saw the movie about him and his code breaking talents. It's called 'The Imitation Game'. Have you seen it? It's pretty good. I read up about his life after I saw the film and found out that he underwent chemical castration. How horrible.

Nice of them to do it years after he died, pffft.

Even if it took a long time, at least he got pardoned. What a ridiculous thing to be charged with, anyway.

See "The Imitation Game" -- it's a great movie!

I;n still waiting to see the film, but it's definitely something I want to see.

I liked his character in the movie. Interesting personality. I wonder if it was close to being accurate.

Guess I never knew that it was against the law to be gay....that's a shame....