Fact of the Day: John Wayne 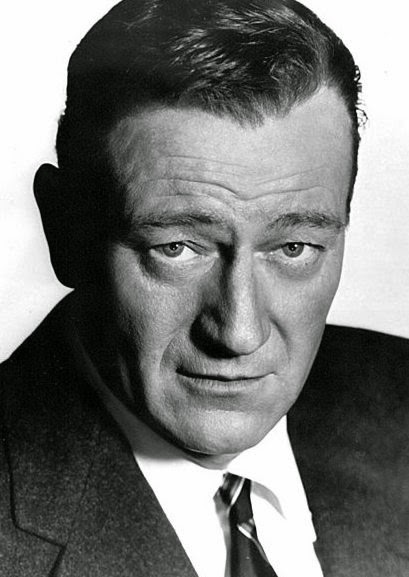 In his personal life, the famous actor John Wayne was a very vocal anti-communist. Despite being a fan of his movies, Soviet Union's dictator Joesph Stalin actually wanted to have Wayne assassinated. This plan never happened, he outlived Stalin by many years and died in 1979 of stomach cancer.
Posted by Adam at 12:00 AM

Worry, worry, worry. He was an anti communist, daft bugger!!!

wasn't he a communist spy? If he wasn't which one was?

When I was a child I didn't like his movies but now I really appreciate he was a great actor and as I know he was anti- comunist, now I like even more. Kisses:)

Great Actor! Even better to know he was anti-communist.
As a kid I visited Russia right after the Soviet coup and I saw Lenin's body. It was a truly surreal experience.

He was a right-wing sonovabitch alright. But still a great and beloved actor.

I loved his movies, but now I cringe at some of the attitudes. Times have changed, thank goodness. I fell in love with the Four Corners/Monument Valley landscapes through his movies, and once I walked in them for real, I never got them out of my heart.

Did he often wear a suit? I don't think so.

Whoah! Never knew that. I guess he got lucky dodging that bullet.

Good grief, I didn't know that.
Related...I just finished reading "The Searchers." It was the ONLY book that I didn't like more than the movie it inspired (I especially thought the ending was a let-down).
Maybe because the movie starred John Wayne...? Yeah, that could be.

I think he was a great Hollywood icon and star, but not a particularly good actor. In every movie he just plays himself.

I remember hearing that somewhere before. He sure was a beloved American icon. xo Diana

It's a good thing John Wayne was an American, where he was free to express his opinions without being assassinated.

I still remember watching so many of his movies with my grandpa when I was a kid.

No idea on that. Enjoyed his movies though

He was a good actor...but I have NEVER understood why so many (guys, especially) thought he was such an American hero cowboy...