My Favorite Photos: Baseball at the Carnival 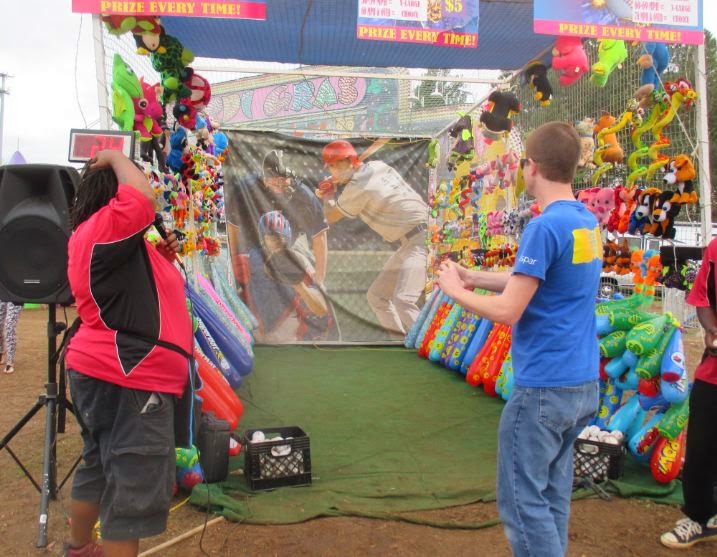 For the last two years we've been to the local carnival, we never saw the baseball throw game. I at first though this one was the one where you guess the speed of your final throw. But no, you're graded on how fast you throw it. 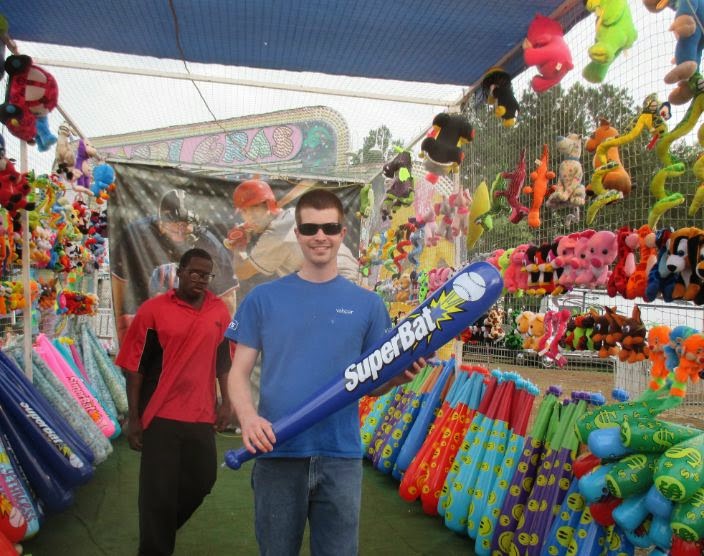 Men have to throw at least 56 mph to get the prize that isn't the smallest. I tried twice to get even close, and I made it at 54 mph. So I now have two baseball bats, which I plan to give to my two little nephews.
Posted by Adam at 2:00 PM

Adam!
Either you are small is statue or that bat is huge???
How in hell's name will your nephews be able to swing those
sized bats???
Or have you used trick photography?

Baseball is only a minor sport here in Australia,
but when the grand final is on, the bars that cater for
backpackers and younger tourists are at bursting point
with extremely loud young American baseball "fanatics".
Same with the basketball and footballs finals.
Everyone seems to have tons of fun - Americans, Australians
and others from other countries - quite a time honoured ritual
these days.
Cheers
Colin

Interesting game, looks like you had a great time.

Sure they will enjoy the bats

Never saw that but It's a guy thing. I can't even throw a ball. LOL

So cool--and you have bats to show for it.

ahhh, they will LOVE those bats...especially 'cause you won them. :)

What a good uncle you are.

What fun! I'm sure your nephews will be thrilled.

They have those "speed pitch" things at the baseball stadiums.