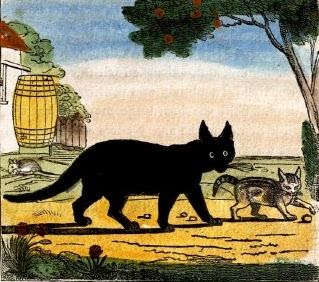 There once lived a family down the street from us a few years ago that had two pit bulls and they did the worst thing I've ever seen with my own eyes. While some people defend the breed, they often attract more bad owners than good owners. This family were not great members of society, and their dogs weren't fed well at all. They had a rather half-broken gate, so the dogs could get out if they wanted to. One day we saw both of them get out and they had cornered a cat. The cat did not evade the dogs and both dogs got the cat and started pulling from two directions. After I heard the cat scream about five seconds later, the dogs had torn it into two halves.
Posted by Adam at 3:00 PM

Adam:
Correct on all counts.
The breed has been barred here - no more importation of the breed.
Owners are monitored by the R.S.P.C.A and the police.
If you have one it has to be de-sexed - so that stops them breeding.
A couple of years ago two of this breed tore a baby to pieces.
The type of person who does have them here are just as feral as their
dogs! Difficult to tell the two legged from the four legged.
Colin (Australia)

That's awful Any breed of dog can be violent if not trained or are treated badly.

OMG that is awful. I am so sorry that you had to see such a thing Adam.

OMG that is awful. I am so sorry that you had to see such a thing Adam.

Oh my gosh...this is a terrible story.

People who are attracted to this breed usually have a chip on their shoulder or something to prove. Having a mean dog doesn't make you tough.

That's terrible but not all that uncommon. Just this week a small poodle in a suburb near here was attacked and killed by a Staffordshire Terrier aka Pit Bull. I was terrorized by three that lived next door to us for three years. I love animals but I believe these dogs should no longer be bred and the line should be left to die out.

I think they are a really beautiful dog, but you are right. They tend to attract the wrong kind of owners. Any dog could be aggressive without proper love and training.

oh! What a terrible incident:(

Omg it is really awful.
I don't understand why dogs don't like cats.