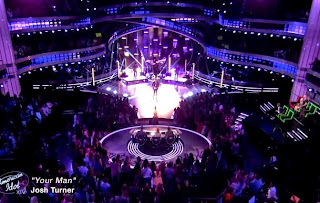 The singing reality show American Idol will end next year when its 15th season is over. All I can say is "good!". I lost interest in the show after a few years but I would keep watching the first round when Simon Cowell would personally insult extremely bad singers. After he left, the show was never the same, and the show has only had a few singers who became really successful. While most of the top-ten people have at least a modest career, besides Kelly Clarkson and Carrie Underwood I can't remember really hearing any of their music in the recent years.
Posted by Adam at 2:00 PM

Jordin Sparks is the only Idol contestant I've ever liked musicvise....

I stopped watching a long time ago. Not any good without Snarky Simon.

About time! That show has been sinking for years!