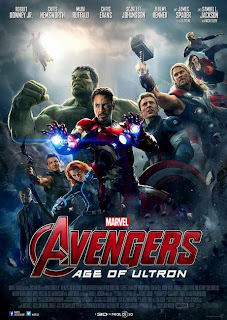 The original Avengers film couldn't have been any better, at least in my eyes. They had done a good job with the stand-alone films that preceded it, and I'm glad it lived up to the hype. Not every Avengers-related movie has been amazing, but a lot of them are pretty darn fantastic. The question is if Age of Ultron is better than the original? 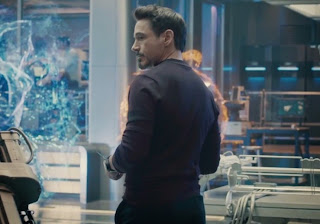 The film begins with the Avengers taking down a Hydra base to get back Loki's magic scepter from Baron Wolfgang von Strucker. They leave victorious, and Tony Stark notices something that could bring life to his idea of Ultron. He creates an artificial intelligence powerful enough to save the world, except the robotic mind decides that saving the world means the destruction of humanity. 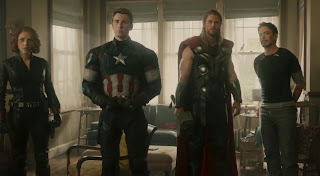 The Avengers assemble to fight Ultron after the evil robot makes a startling speech. Helping Ultron is Quicksilver (who can run at super-speeds) and his sister the Scarlet Witch (who can use hypnosis and telekinesis) who want revenge on Tony Stark. However the twin siblings might not realize that they might not be on the right side. 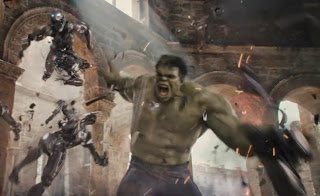 Compared to the original, Age of Ultron doesn't hold a candle. I think the two main problems is that they have too many characters, and the character of Ultron himself. The robotic villain was in one of The Avengers cartoons I watched, and his story was not the greatest. While Marvel's Phase Two Avengers-related films doesn't end until Antman, I think Captain America: The Winter Solider is by far the best of the phase.

Sounds interesting! Maybe I should watch.

I mostly can't stand superheroes films, so I will skip this one for sure

I'll probably catch it when it comes out on DVD.
Glad you enjoyed it:)

I'm waiting for the crowds to die down a bit before I go see this. I love the Avengers! Hard to top a villain like Loki though.

Tim and I enjoyed seeing this movie on the big screen.