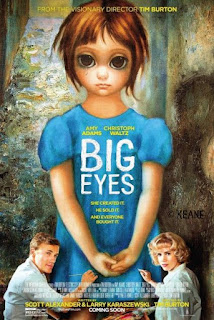 I had not heard of Big Eyes until rather recently. The title sounds rather dull, but it's a fitting title for a movie based on the life of this particular painter. I mainly wanted to see it because Amy Adams and Christoph Waltz were in it. Waltz is easily one of the most talented actors I've ever seen. 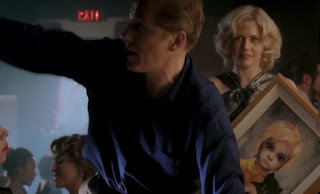 The story is about the life of Margaret Keane, who meets her future-husband Walter Keane after moving to San Francisco. Walter seems to be a really nice and charming guy, and the two bond over their love of art. Except it becomes obvious that Walter is jealous that his wife is the better artist of the two. 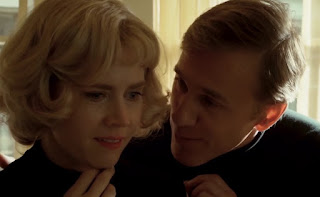 With a little luck, his wife's paintings start to become popular. When someone asks who was the artist, for many bad reasons Walter claims it was him. His wife could tolerate him doing it once, but she loses a lot of her spirit when she's convinced to spin a giant web of lies with him. She can barley stomach the pressure when her husband becomes a celebrity. 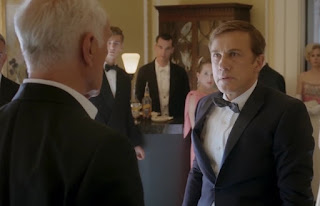 I ended up liking Big Eyes quite a bit, I also knew Tim Burton was behind the movie and I liked how different this was from his other movies. I hear the real Margaret Keane thought Waltz looked, talked, and acted almost identical to the real Walter. It's quite an amazing story, and despite some things sounding like Hollywood fiction, it's surprisingly accurate to history.

I enjoyed the previews quite a bit, and Amy Adams is my girl crush, so I probably need to go see it.

My hubby really liked this movie a lot!

I didn't realize that Tim Burton was involved with this film. I'll have to check it out.

I've never even heard of this one.

What a twist! I'll have to search for it.

I've been wanting to see this one. Sounds good!

Is it a scary movie?

We went to this movie too and enjoyed it. When I was a kid, I had a couple of cheap Big Eyes prints in my room. They were all the rage in the 60s!

I read about the movie and the story I hope to see soon!

I read about the movie and the story I hope to see soon!

I've been skipping over this on Netflix, but I will queue it up!

I generally like anything by Tim Burton...Haven't heard of this movie, tho