Fact of the Day: Macbeth 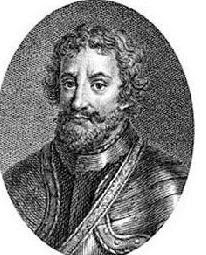 Macbeth is one of William Shakespeare's most famous plays, but the play's King actually existed. He was King of Scots from 1040-1057, though it is said he was killed in battle by the future Malcom III. Despite his role in Shakespeare's work, no historic evidence has been found to suggest Macbeth was a tyrant.
Posted by Adam at 12:00 AM

Email ThisBlogThis!Share to TwitterShare to FacebookShare to Pinterest
Labels: fact of the day, Scotland, William Shakespeare

So was there a real Lady Macbeth?

Huh, I didn't know that.

I didn't know all of that, new a bit.

Macbeth and his dear "lady" were a curse for
us here studying English literature.
Pity that there are still a lot of evil Lady Macbeths still
in this world!!!
Shakespeare was not the flavour of the month / year, I can assure
you in my final years of college.
Cheers
Colin (Brisbane. Australia.)

A fact a day keeps Jack from being a dull boy.

That is very interesting info!