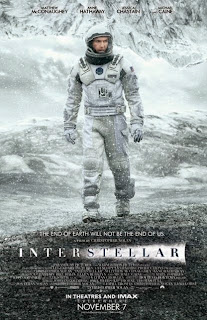 I didn't hear much about Interstellar until it was already out in theaters. I had a co-worker tell me about it, and he loved it like many people were wowed by the original Star Wars in 1977. I decided to wait a little while, but I ended up being disappointed. 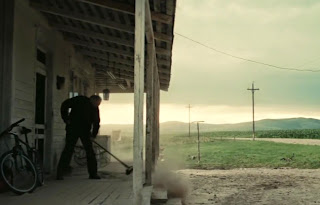 The film is set on Earth but in a reality that is similar to our present-day but the Earth is slowly becoming inhabitable for humans. A lot of fruits and vegetables don't exist anymore due to the horrid condition of the planet. Instead of scientists and engineers, the world instead wants more farmers. 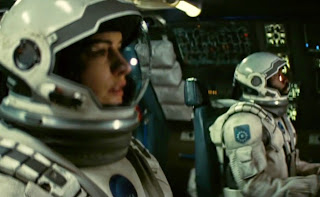 A former NASA pilot named Joesph Cooper is recruited in a secret mission to find a way to save everyone on Earth. Saving the planet itself is a hopeless case, and the only way to save humanity is to find a new world. Astronauts have discovered a worm-hole near Saturn that could bring them closer to worlds that even light-speed travel could not get them to. But even if they can find a new planet, if it can't support life then they may never find a way to say their families and future generations on Earth. 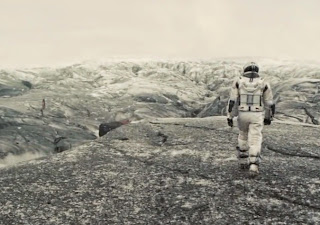 While I think Interstellar is a good movie, I think its biggest flaw is its over-use of theoretical science and pure science-fiction. I typically dislike dystopian settings, and I felt the first half was pretty dull and boring. The last half is pretty exciting but then the plot gets pretty strange. While critics were fairly positive, I'm not shocked this one didn't get any Oscar nominations outside of special-effects/visuals categories.

I can't stand the director so I skipped this one :)

I agree with you. My husband and I watched it recently and we thought it was okay.

I must see this movie.

That concept is really frightening...but one day farmers will be a job in high demand and certain plants will be extinct. This film may give me anxiety... lol

I actually fell asleep during this snooze-fest. And the ending was a real let down.