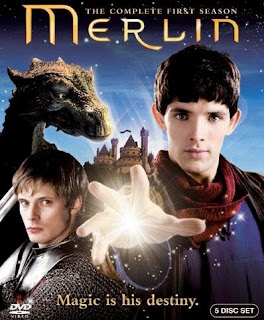 King Arthur is one of the most timeless tales in the western world. I had really enjoyed the mini-series Merlin with Sam Neill from 1998. This one came out in 2008, which I hear was inspired by Smallville which featured a story that's been told many times (in its case Superman) but with much younger characters. This one has Merlin far from an old man, as he's about the same age as Arthur when he's a prince. 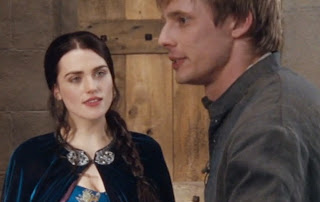 No two Arthur tales are the same, but this one has Arthur's father Uther Pendragon as King of Camelot. King Uther has declared that magic is against his laws, and that anyone caught using it would be met by the king's justice. A young man named Merlin comes to the capital, and ends up becoming Arthur's servant and befriends Uther's ward Morgana and her handmaiden Guinevere. 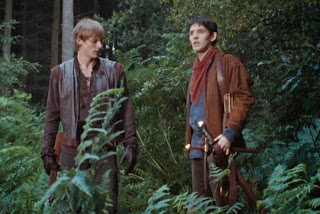 Merlin's biggest obstacle is keeping his magic powers a secret. He lives with a man named Gaius who describes his gift of magic to be the stuff of legend. Merlin meets a talking dragon who informs him of his destiny of protecting Arthur and ensuring that the future king leads Camelot into an era of greatness. 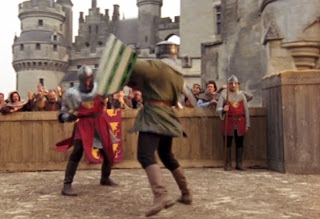 Despite a somewhat boring first-episode, I enjoyed the first season of Merlin. It's a little weird having a character like Merlin so young, but it works. What I didn't like was Uther Pendragon's constant anti-magic stance and stubbornness about almost everything. I really liked Merlin's mentor Gaius, and Arthur's inner-transformation from a selfish prince to a worthy heir.

Now, I know it, it is a beautiful film.

I saw one of the shows and thought it was OK....

I watched it for five years because I loved the actors... but it gets a bit tired after season two or three because they keep refusing to give Merlin any real powers... and it goes like that till the very end :( The end is absolutely disappointing