This month my favorite thing was getting married to my wife Daisy. Though this post is usually about my favorite TV shows, movies, and video games. 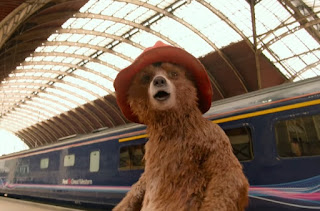 Paddington Bear was a classic children's book I never read, but I was very impressed by the movie. His story and politeness is very charming. A good film for everyone in the family. Except maybe the angry teenager who feels insecure about watching a movie with a talking bear. 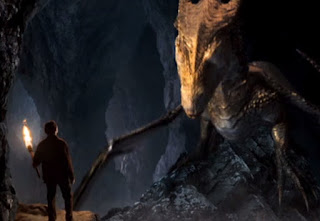 Merlin was a TV show I heard was good but wasn't too sure until I sat down and watched it. It has Merlin as a much younger wizard helping out King Arthur while Arthur was still a prince. It's not the greatest show, but my wife and I enjoyed the first season. 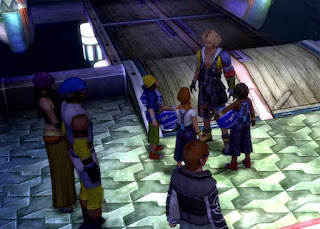 Since I wasn't too fond of Destiny, my favorite game of the month is Final Fantasy X. I haven't gotten very far yet, but I'm optimistic. Final Fantasy has never been my favorite RPG series, though this is my 2nd "modern" one since I played XIII.
Posted by Adam at 2:00 PM

ahhh, I love that your most precious moment was getting married.
I know nothing of the movie and tv shows you mentioned.
xo

Haven't seen Paddington yet but will wait for it on DVD.

You said the right thing. It should be now and forever your favorite thing. Now days, that does not always happen.

Getting married should rank #1 :)

That's right. Evn when you're wearing a bow tie ;)