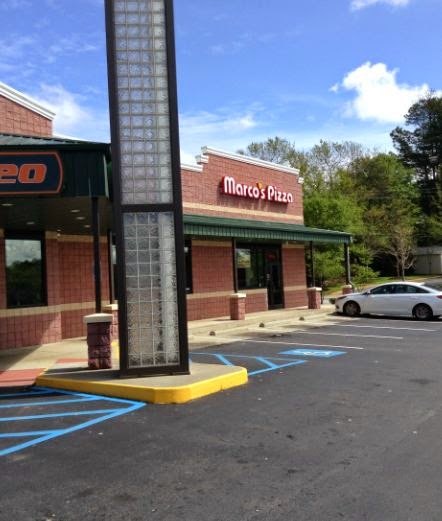 I've always been someone who tries to support the underdog, so a few weeks ago I took Daisy to a new pizza place that opened up not that long ago. It's called Marco's Pizza, and only thought there were a handful of them, but they have a lot of pizza parlors in the United States. 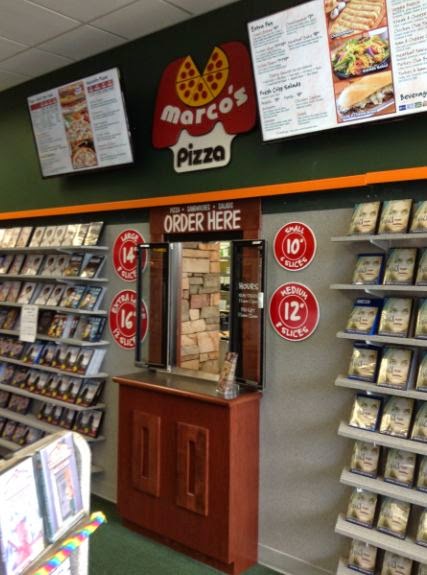 The rather neat thing about our local one is that they partnered with the local movie rental place (yes they still exist) so you can actually tell them what you want while you look around at movies. I got a cheese pizza while Daisy wanted chicken wings. 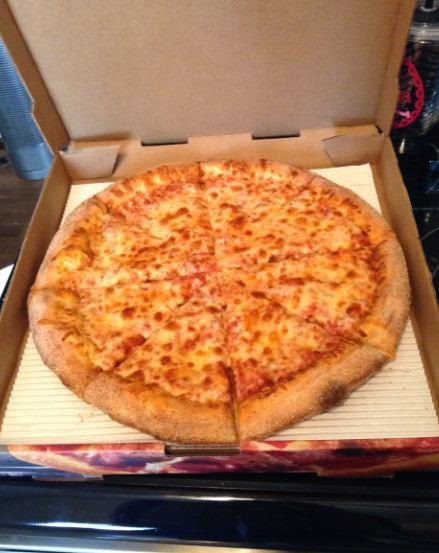 Daisy liked her chicken wings, but she's not a picky person when it comes to liking food. My pizza was rather terrible. They hardly put any pizza sauce on it, and I ended up getting some pepperoni from the supermarket so Daisy could eat the rest of it for the next meal. I usually never complain, but I did so I got a replacement yesterday and it was much better. But still not nearly as good as other pizza restaurants I've had.
Posted by Adam at 5:00 PM

I agree. Most pizza places I go to are not to my liking. I wish they'd put less cheese and added a lot more pizza sauce. It tastes much better that way.
~John

Wow, that's a shame. Out local Marco's is delicious and is our fave! In fact our son delivered pizza for our local Marco's as his summer job last year.

We have several pizza places here, but not one like this.

Pizza + movie in one place = perfect. Need it too in my town hehe,

Perhaps they need to work on their pizza. It's rare that I ever complain about that. And if I do, it's got to be pretty bad.

There's a small pizza place here that we went to and they used soggy canned mushrooms on their pizza. It was not good.

too bad about the pizza.

We have quite a few by us. I think they suck and they are overpriced, so we never go.

I am sure you will not go back there:)