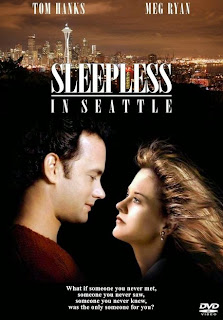 Sleepless in Seattle is a movie I hadn't heard of until just recently. I was listening to a talk-program on the radio and one the people mentioned the movie and that it has Tom Hanks in it. Who doesn't love Tom Hanks in a movie? I also figured my wife Daisy would like it since it's a romantic comedy-drama. 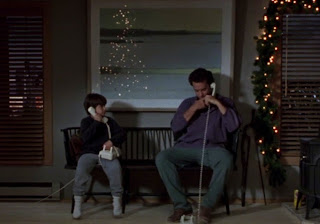 The movie stars with Sam Baldwin and his son Jonah. Sam's wife had died, and his son Jonah hasn't noticed that his father has still yet to recover from it. He calls a radio show about relationship advice, and the host then talks to his (very surprised and angry) dad about it. While Sam thinks the whole idea is silly, but women all the country want to meet him. 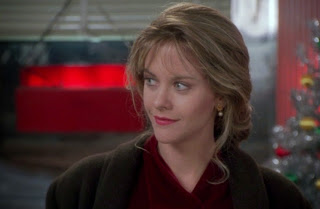 One of them is Annie Reed, who recently got engaged herself. She lives on the other side of the country and knows how silly it is to fall in love with a guy like that especially when she's suppose to marry someone else. Annie sends a letter, and Jonah thinks she will be his new step-mother. But will Sam think she will be the woman of his dreams? 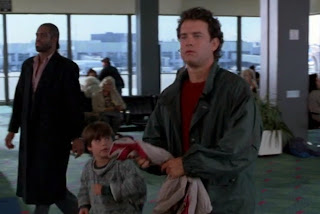 I admit the story is somewhat clever and very likable, but the realist in me is a bit critical of the film. Some of the coincidences are too big to ignore, and the fact Annie was engaged was rather weird to me as well. My wife especially didn't like how the ending left you to put the pieces together yourself. But anyone who likes romantic movies or Tom Hanks would think this would be a good movie.

NICE ONE,
CHECK THIS OUT
http://melodyjacob1.blogspot.com/2015/05/50-keys-to-women-accomplishment_26.html

I really like this movie, I watch it once a year, every year,,, I agree with your wife but I like to create my own endings, lol,

I love that movie and when I was in Seattle, I was so curios about that little breakfast place so I visited! : )

I must admit I liked this film.

I remember seeing this movie a long time ago and liking it.

I just saw this movie and loved it too. I thought I had seen it years ago but was confusing it with 'you've got mail'.

I saw this movie years ago and loved it but then I love anything with Tom Hanks. What impresses me is not only is he a funny guy but he comes across as such a very nice person.

I'm a bit too much of a realist for some of these movies, too..but it was a cute movie. xo Diana

I remember when it first came out, a lot of people were upset that we watched an entire ROMANCE with the couple not even getting together until the very end. It's a little bothersome, but I think that added to the uniqueness of the story.

I don't know how you have never heard of this movie. This is a Tom Hanks classic. The only excuse is if you are 12 years old.

It was O.K., but I preferred Tom Hanks in "Forrest Gump."