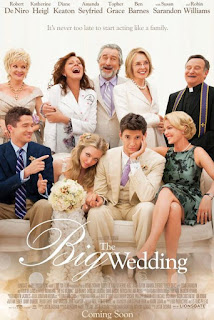 I had never heard of The Big Wedding in 2013 despite so many famous actors being part of the movie. My wife Daisy had actually watched it first awhile back, and wanted me to watch it with her again. Despite wanting to see it because Robin Williams (and Amanda Seyfried) was in it, I had heard critical opinion was pretty bad. 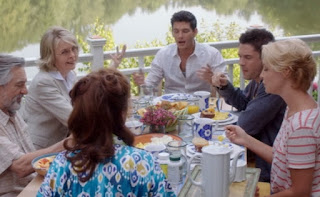 The story begins with the Griffin family, and their adopted son Alejandro is getting married. His adoptive parents divorced years before, but everyone gets together for the wedding. Alejandro's birth mother originally gave him up so he could have a better life in America, but when she comes all the way from Columbia he is a little surprised. 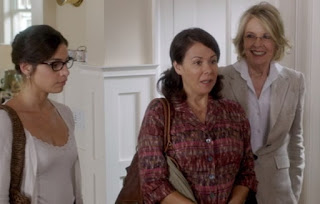 His mother is a devout Catholic, and he neglected to mentioned that his adoptive parents had gotten a divorce. So they end up pretending that they're still married. Alejandro's fiancee Melissa is deeply in love with him, but her parents try (terribly) to hide their real feelings about their Caucasian daughter marrying a Hispanic man. 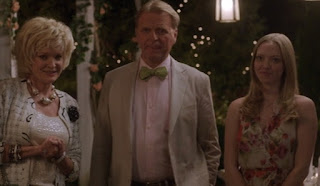 Overall The Big Wedding was actually a lot better than I expected. It's a decent story, and while there aren't that many good laughs, you can still appreciate some of the humor. I think what saved the movie for me was Robert De Niro as Alejandro's adoptive father Don Griffin. I didn't really like Topher Grace in the movie as he yet again plays a weird nerdy-ish guy who somehow still manages to end up with a pretty woman.

I wouldn't watch this movie....

I usually like these kinds of movies, I should look out for this one thanks.

I remember that so funny!!

I have not seen that one either. Glad you enjoyed it enough to give it an OK. Diana

I would like to see it. Wait for it On Demand, ya think?

Hmmm... I think I'll take a pass. C+ doesn't win me. I'm going to see "The 100 Year Old Man Who Climbed Out the Window and Disappeared" tomorrow. I hope it's as good as the book.

it wasn't a bad movie... but not overly good either.... great cast though! Robin was brilliant in it and so was TOpher

I agree with the C+. It had some big names in it, but it just didn't live up to my expectations.

Haven't seen this one!

Haven't seen this one!