The Tale of the Princess Kaguya (2013 Film) Review 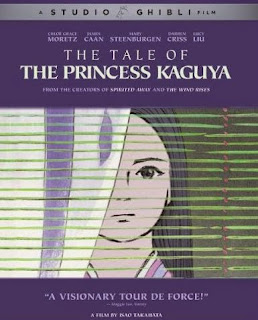 I had never heard of The Tale of The Princess Kaguya until very recently. The main reason I wanted to see it is that it's from Studio Ghibili which is like Japan's Pixar in quality. The story is based on the 10th century Japanese folktale known as The Tale of the Bamboo Cutter. 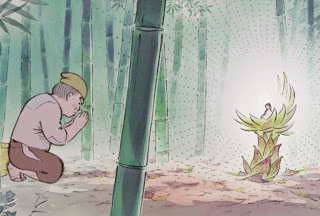 The story begins as a bamboo cutter finds a tiny girl in a magical piece of bamboo. He takes her home and soon as his wife holds her, she turns into a baby. She then starts to grow-up fast, turning into a child not very long afterwards. 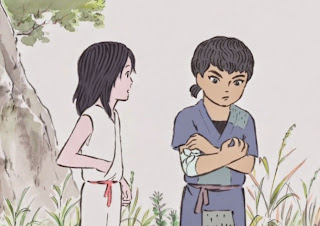 While she grows, she enjoys playing with the other children. She grows a bond with a boy named Sutemaru, and he often calls her "little bamboo". But soon after, her adoptive father informs her that she is moving to the capital. He believes that she is from heaven, and that must make her a princess. Except Kaguya might not like the life of a noble lady. 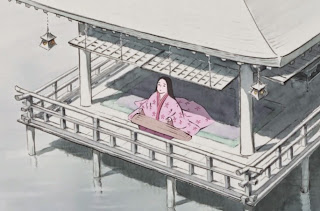 At first The Tale of the Princess Kaguya seems very simplistic, but it turns into a wonderful tale. I also really liked the art-style as it looks a lot like real Japanese artwork from a long time ago. I didn't like the ending terribly much, and I read about the original tale and they seemed to left out some of the last parts of the story. It's not Studio Ghibli's greatest film, but I liked the variety of the story. In Western culture we're used to Cinderella and Snow White, but not many have heard of the story of Princess Kaguya.

That actually looks like a pretty neat little tale.