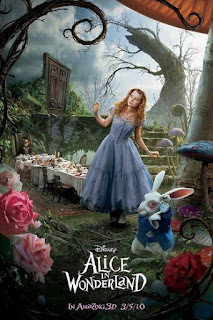 Alice in Wonderland is something I've been debating on watching for many years. I heard of people who loved the film, and then I heard people say they really hated it. Tim Burton is behind this version of Alice in Wonderland and I admit, his overuse of gothic tones (and constant work with Johnny Depp) for his characters can be rather annoying. 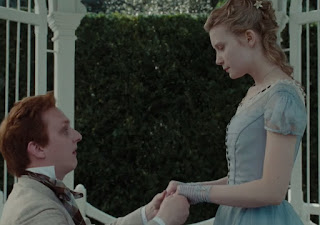 The story begins as Alice is brought by her mother to a strange party. She learns that it's a surprise engagement party, to a guy she doesn't care for. She's under a lot of pressure to say yes, and there's a lot of people watching. She instead gets nervous and follows a strange rabbit she sees. She falls into what would seem, a magical portal. 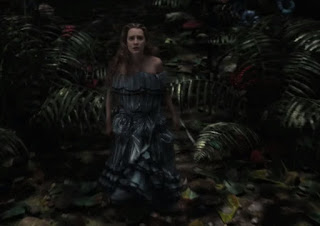 She arrives in Wonderland, a land of magic and a lot of craziness. She learns she is the foretold hero of legends. The land is ruled by the tyrannical Red Queen, who also knows of her legend. Though Alice believes they got the wrong Alice. 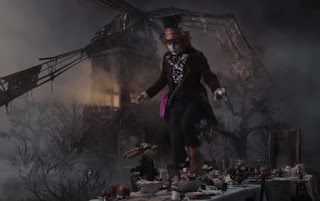 Overall Tim Burton's Alice in Wonderland isn't as bad I had heard, nor it is as good as some of his other work. I can't really compare it to another Alice in Wonderland as the last time I remember watching one was in the early 1990's of the 1985 version. Though I hear a sequel is planned for next year, and I wouldn't mind seeing that one.

I thought this movie was "okay," all things considered. "Alice in Wonderland" is not my favourite work of fantasy fiction.

Beautiful story, Alice in Wonderland, but not the film.

The story is beautiful.

I didn't know about the sequel. That's great news! My daughter and I actually really love this movie. I think Mia was awesome as Alice:)

I've never been drawn to the story of Alice in Wonderland. It just doesn't move me, a;though Johnny Depp is probably good in this movie.

Johnny Depp and his latest wife are not the flavour of the year
with the Immigration and Agricultural Departments of Australia.
Illegally brought their bloody two pooches into Australia
where he is supposedly filming a "Pirates" sequel.
Luckily the dogs were put at great expense on a private jet and
returned to Calfornia. God only knows what bloody diseases the
dogs could have introduced without being quarantined.
Depp must have plenty of money - but very little sense.
Thankfully his "wife" has said she'll never come here again.
Guess what - no-one here is going to cry over this grandiose
fit of pique. Good riddance to the bloody woman.
Depp and wife are lucky they were not jailed and the dogs
put down. Still the cost of this infringement put a big dint in
his bank balance.
Colin (Brisbane. Australia)

hmmm...I didn't see this...not all that crazy about Alice in Wonderland but sure crazy about Mr. Depp....I LOVE his acting...
Thanks for the review....

Re: This creature Depp!
This "pirates" movie being filmed here on the Gold Coast - presently
sans the lunatic Depp, has a monkey in it - maybe a relative of the monkey which bit King Alexander of Greece. The monkey here is called after
J.Depp. Well the dear thing has bitten one of the audience watching the movie.
Aaaaaaaaaaaaaah - the wonders of Depp, the "Drongo".
Is Depp a member of the "looney Right" of the madTea Party and Sarah
Palin fame - just wondering?????
No surprise Ms "BJ" that you like him.
Colin