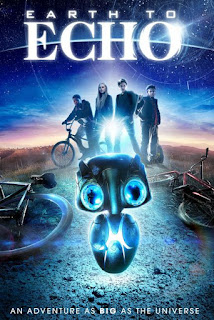 I had heard about Earth to Echo before it came out. I was very optimistic, as it seemed like they were trying to make it as this generation's version of E.T. though it seems they didn't try hard enough at it. I have no problems watching movies that are animated or rated G, but this one was a total snoozefest. 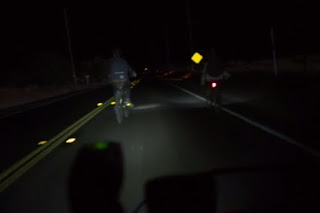 The story is about a group of friends who are forced to move. A new freeway is suppose to be built, and their neighborhood is in its way. But before they move, all their cell-phones get weird messages on the screens. They figure it out as a map, and decide to ride their bicycles in the middle of the desert to find it. 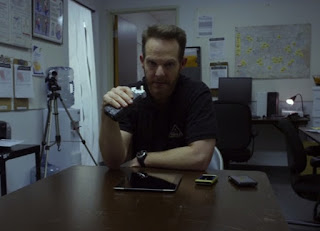 They find an alien robot in the desert, and go around looking for the parts it needs to be fully operational again. However there will be many challenges in the way. Especially when a mysterious "construction crew" find out what they really have uncovered. 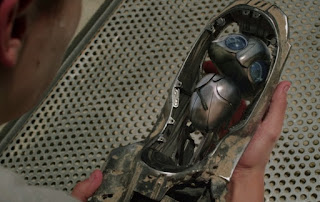 Earth to Echo was beyond dissapointing, and it couldn't hold a candle to any classic animated/family movie like E.T. or the Pixar films. I think it's biggest waste of potential was the lack of depth for the character Echo. Sure he's adorable, but he's very forgettable just like the rest of the film. It's not totally horrendous but (despite being in theaters) it almost feels like a movie made for television.

Have not seen it.

Sounds that you don't like this movie so much. Probably, then I haven't watch this too.

A total snoozefest... I KNEW IT!

Thanks for the review. I'll make sure not to watch it.

Thanks for the review. I'll make sure not to watch it.

Thank you for the warning. We shall avoid it.

I love it when you grade movies...helps us decide if we want to see it or not.
and we pass on ALL the D's