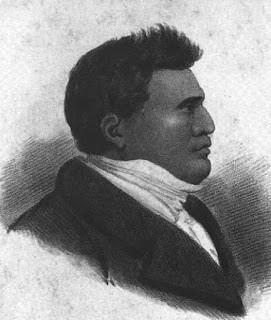 Kamehameha II was the second king of Hawaii (before it was a U.S. State), and like most monarchs he wished to visit other countries. He was advised not to do so, and he fell ill right before a meeting with King George IV. Due to no immunity to smallpox, both King Kamehameha II and his wife died in England.
Posted by Adam at 2:00 AM

well, that's truly horrible! What kind of royal hosts give you smallpox and kill you? The English ones. of course.....

Thank you for stopping by my blog Adam! I'm now following you on GFC!
Let's keep in touch!
Greetings from Italy,
Sonia Verardo
http://www.trenchcollection.com/

disease gets everyone no matter how rich

that wasn't the case, the Hawaiian monarchy had a very strong friendship with the British one

That is really sad.

Oh wow!! She this exactly why I am afraid to let my Mushy travel!!

I didn't know that!
Wow, talk about a kick in the jimmies.

It's sad how an incredible amount of Hawaiians died after being exposed to western diseases. They just didn't have the immunities. It's really amazing to learn that the Hawaiian royalty really tried to learn about other countries and culture. They had electric lights at the Iolani Palace before Buckingham or the White House.