Fact of the Day: Latvia 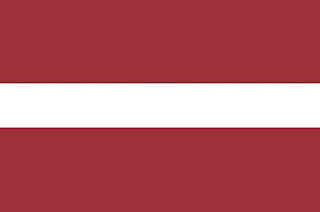 The country of Latvia has had a tough history of independence. In 1918 they broke away from the Russian Empire. The Soviet Union occupied the country in 1940 until the Germans took over in 1941. In 1944 Soviet troops came back, and Latvia was part of the Soviet Union until 1991.
Posted by Adam at 12:00 AM

I'd hate to be living in a country near Russia.

I'd love to be living in a country near Russia

why would you? That is such an ignorant thing to say. Those very Russians died in millions to free Latvians, Estonians, Lithuanians and half of Europe from the Nazis.

Must have been awful for the residents.

I agree - a very ignorant and stupid thing to say.
However the Latvians were far from perfect, they made excellent
SS Officers and Concentration camp guards and the others made
excellent NKVD commissars !!
Anyhow they now have their own FREE country and seem to be doing
very well, plus Riga is a very interesting capital city to visit.
Colin (Brisbane. Australia)

Interesting. I know some Canadian Latvians.

I know someone who is Latvian. She was born in a displaced persons camp during WW2 amidst all that warfare and upheaval.

That had to suck for those there, all the flip flopping

Interesting fact.
Have a great weekend ! :)

They haven't had it easy

Every country should be independent.

I've been to Estonia, but not Latvia. It's a beautiful region and I hope independence works for them.