Fact of the Day: State of Deseret 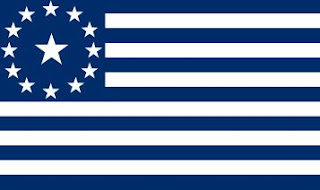 From 1849-1850 there existed the proposed State of Deseret. It was founded by Mormons, and it spanned in the area of several modern day U.S. States in the Southwest. It was never recognized by the U.S. government, and it also combined theocracy (rule by religion) with democratic elements seen in the United States. The hypothetical state of Deseret ended when the United States took most of the land as the Utah Territory.
Posted by Adam at 12:00 AM

Email ThisBlogThis!Share to TwitterShare to FacebookShare to Pinterest
Labels: fact of the day, Mormonism

Gracious! I've never heard of this either!

What NEXT???
The "bible belt" has already taken over in some places in certain
states. Try the two States with the letter "T" as the first letter of
the name.
Colin

It's to know what your up against, and who are against you.

I had no idea. This is very interesting!

Leave it to religion

Interesting! Just like the State of Jefferson that was to be carved from Oregon and Northern California.

theocracy scares the coon's tail out of me!