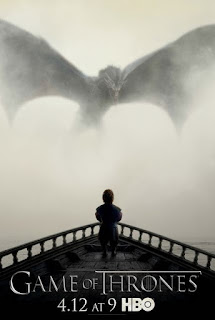 Game of Thrones is something I didn't watch until last year, but I have not regretted starting the show. It's based on the novel series A Song of Ice and Fire by George R.R. Martin with this season being mostly based on the books A Feast For Crows and A Dance With Dragons. I was a little curious to see how this season turned out as making one season out of two books doesn't sound easy and surely there would be changes from the novels. 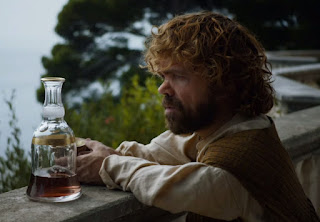 The story begins when Tyrion arrives in Essos after escaping from the Seven Kingdoms. Even thousands of miles away, he is not that safe. His sister Cersei wrongly blames him for Joffrey's death, and even his brother Jaime knows he killed their father Tywin before he left. Cersei has offered a lordship to the man who captures Tyrion. Though Varys suggests that Tyrion go find the most worthy person to possibly sit on the Iron Throne. 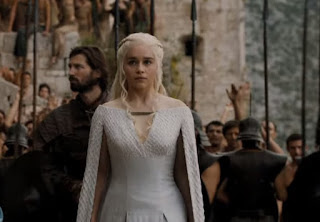 Daenerys Targaryen has conquered the city of Meereen, and now she has to keep order. She has abolished slavery, but her decisions will cause the former masters and even the former slaves to rebel against her. While her soldiers try to keep the peace, the assassins known as the Sons of the Harpy will prove that even her best men are vulnerable. 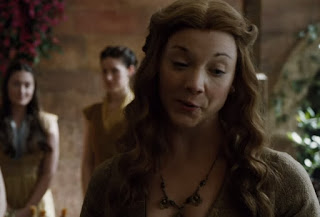 In Westeros, most of the land is at peace. Margaery Tyrell has married King Tommen Baratheon and is now Queen to the frustration of Tommen's mother Cersei. Roose Bolton is now living in Winterfell, and is expecting a bride (who may surprise everyone) for his sadistic son Ramsay. In Dorne, Ellaria Sand is upset over the death of Oberyn Martell and may take it out on the Lannisters. 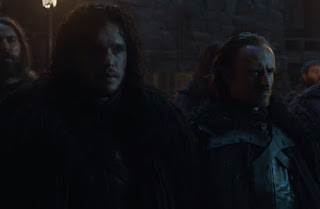 At The Wall, Stannis Baratheon has helped the Night's Watch defeat the Wildling army. They have captured The King Beyond The Wall Mance Rayder, and Stannis tells him to bend the knee and let him use his people to march to the North to defeat Roose Bolton. But the proud leader of the Free Folk will need Jon Snow to convince him to avoid making the mistake of a life-time. 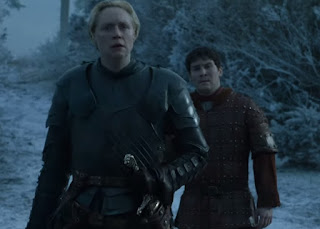 Even though I haven't read the books (though I learned more than I should have known awhile back) I can tell that this season will be the one that will really tick off the fans of the books. Most of this mainly due to combining so much story into one season, but honestly I think they did a good job with it. Like always, there are characters who die (ironically some are still alive in the books), but there is one I think everyone will be sad about. This might be the most criticized season of the whole series, but I managed to watch the whole thing in two days and enjoyed every minute of it.

A great season indeed, much better when watched at once

Have not seen this.

It's a great epic. Mrs. C. and I watch it religiously.

I am waiting to read the books first, but from what I gather from my friends and family, this sounds like a fantastic show.

Seriously, "ticked off" pretty much sums it up:D Even though the end of the season was actually pretty accurate (with the death of you-know-who), it was so cray cray! I do think there's hope that Melisandre will do something, so you never know (even though Kit H. said that the producers told him that that's really it for him:( )...sigh....