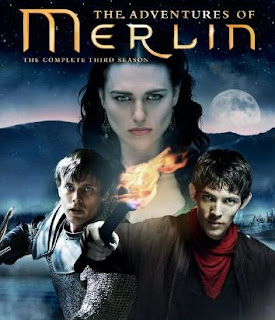 My wife and I have been watching Merlin and we've gotten through the first three seasons rather quickly. Season 2 had a great ending, and the story gets a bit better this time around. This one has Morgana take her first real steps into becoming a witch of dark magic. 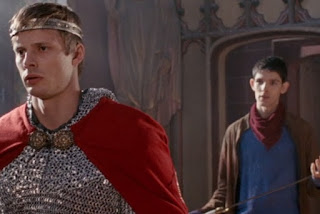 Merlin has kept what happened to Morgana secret. King Uther and Prince Arthur just think she's missing. However Morgause had saved Morgana from Merlin's poison, and taught her much in the ways of evil. She returns to Camelot as if she had really been missing. 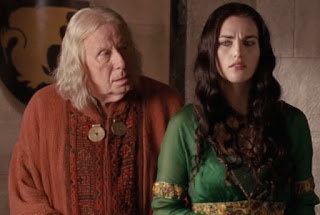 She plays the role as the King's innocent ward, but secretly wants him dead. Only Merlin (and later Gaius) know her true feelings, but since she's the King's ward, they can't accuse her without proof. When Morgana comes back it seems she cares little for Arthur, Gwen, or Merlin anymore, and is just waiting for the day she gets her revenge. 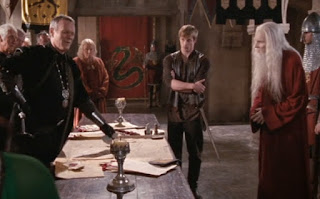 I'd say the third season was a tad better than the second. It also seemed to be Daisy's opinion too, and was even more excite to watch the fourth season than she was the third. I liked Morgana's turn to evil, Arthur and Gwen's relationship, and when Merlin turned himself into an old man for a day. If you liked the first two seasons, I can't see someone being disappointed with this one.

Fascinating how the world of King Arthur continues to attract us.

Nice that you both enjoy the same type shows. This would not be one I liked.

Hmmmm... This is sounding more interesting than when I started watching it a while back.

I miss Colin Morgan a lot so I'm happy that he returns to the small screens tomorrow in HUMANS!