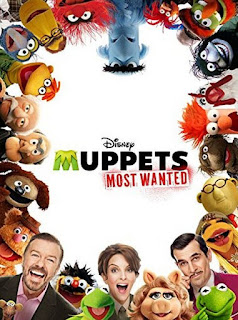 I had really liked the first of the "new" Muppets movies starring Amy Adams and Jason Segel a few years ago. I had of last year's Muppets Most Wanted and I was a bit disappointed that Amy Adams would not be in it this time. Though the new muppet Walter is in the movie but with a smaller role. 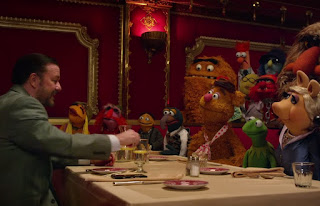 The film's plot begins shortly after the last. Kermit has reunited the muppets, and they meet Dominic who is a manager for entertainers. He tells them to go on a World Tour, with their first stop in Germany. Things get bad when Kermit is convinced to go for a walk alone. 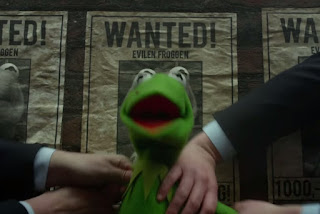 The world's monster dangerous frog named Constantine looks just like Kermit but with a mole. He puts a fake mole on Kermit, and takes his place while the good frog is sent to a Siberian gulag. Constantine pretends to be Kermit for evil plans while most of the muppets have no idea that he's not their real friend. 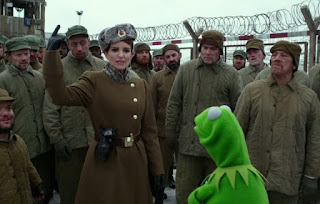 I had heard critical opinion was not as good as the previous film, and I can see why. Though it's not a bad film at all, the story is good and I really liked the cameos by countless celebrities. Even though Jim Henson has been dead for twenty five years, I'm sure he'd be proud that the Muppets can still bring joy to newer generations and old fans alike.

I haven't seen this movie yet. Apparently The Muppets TV show is coming back this fall, which is good.

Is that Tina Fey? It's hard to believe Jim Henson has been gone so long.

I remember the Muppets:)

I haven't seen this movie but it looks great !

I haven't seen this one, yet. I love the Muppets.

I loved the Muppets TV program back in the day and will certainly give the new program a look.

I remember seeing the first one with my stepdaughter. She's 15 now, though, so muppets aren't really her thing anymore! My muppet days are probably over until I (gasp) have stepgrandchildren...

yeah, I almost didn't notice that was her at first with that hat on and the Russian accent.

I hated the first. Didn't even bother with the second.