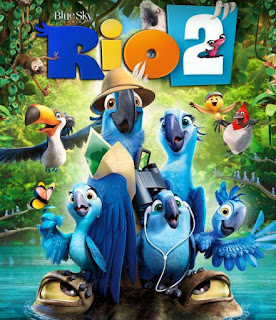 The original Rio was one of the first movies I remember watching with my wife Daisy when we first started dating. We had heard of Rio 2 last year, but I heard critical opinion had dropped from the first movie. I thought the first one was pretty darn good, so I figured the sequel couldn't be that bad. 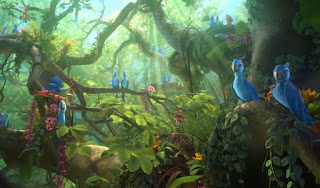 Blu and Jewel are happy living in Brazil with their three children. They believe they are the last birds of their kind until they hear about a feather found in the middle of nature. They decide to search the Amazon, and they indeed find many more Blue Macaws just like them. 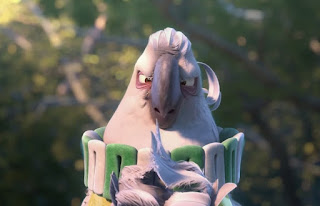 The evil bird Nigel has survived the events of the first film, but with the loss of his flight. He was taken by some humans and turned into a fortune teller for tourists. When he picks up a fortune card, he sees Blu and his family flying nearby. He decides then to leave, and find Blu to get his revenge. 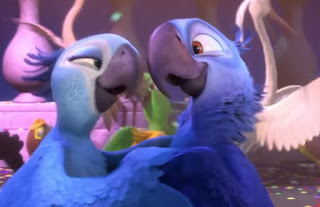 I had expected Rio 2 to be worse the original, and that certainly is true. The plot is very predictable, but the story is decent enough. Though if the first Rio was as good as Rio 2, I would have never bothered to watch Rio 2. Kids will probably love it, but older fans of the original will be at least a little disappointed.

The first Rio was fantastic. I haven't seen this one yet, though.