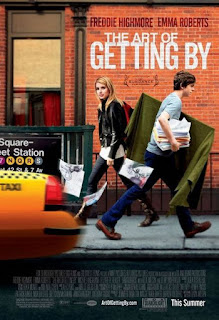 I had never heard of The Art of Getting By until very recently. I don't even remember how I heard of it unless my wife Daisy suggested it and I had forgotten. Even my wife got a little confused because she told me Michelle Trachtenberg was in it, and it turned out she wasn't. I guess she thinking of Emma Roberts instead. 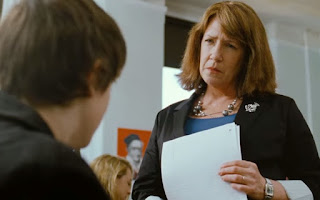 The movie is about a young man named George who is in his senior year of high school. Despite obviously being capable of good grades, he doesn't do much other than draw. Thinking school is a waste of his time and mind. His teachers get fed up when he doesn't complete almost any assignment or homework he does. 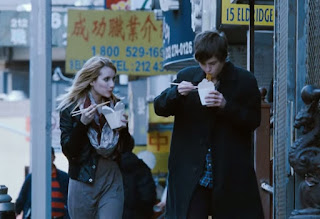 He befriends a girl named Sally, and it becomes obvious that the two like each other. However George is too weird and awkward enough to take things farther than friends. But when his love, home and school life turn upside down, George will be tested to see if he's ready to be grown-up. 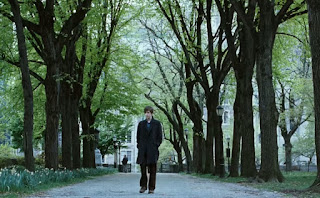 I didn't expect to hate The Art of Getting By as much as I did. I admit there's some likable parts, and both the portrayals of George and Sally showed some impressive acting. But I couldn't stand a lot of the story or the characters. That is especially true of George's character who is a like a weird philosophical hipster who is really a scared little boy on the inside. Sally and her friends also acted way too mature for their age, and made terrible choices in life.

Wow. That's not a good rating.

Based on your review, I'll plan on skipping this one.

I've never heard of this either.