March of the Penguins (2005 Film) Review 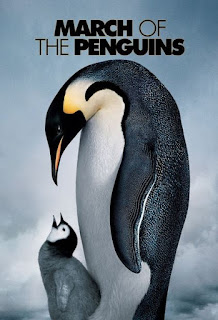 I had heard of March of the Penguins back in the mid 2000s but never saw it. I heard it was good, and I wanted a documentary that wasn't about the arctic. Sure Antarctica isn't that different at a glance, but it's on the other side of the world and with completely different animals. 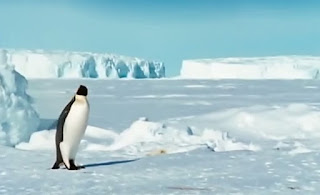 The tale is almost purely about the Emperor Penguins species. Every year they must march miles to hide from the winter's storms and to find new mates. Most penguins don't march alone, as they all try to follow a leader who knows where to go. 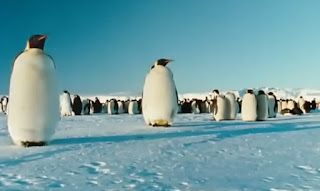 Eventually the penguins meet, and the males and females start to bond. They end up taking care of one egg, and the father looks after it while the mothers go off to the sea to get food for their soon-to-be babies. But life here is not easy, even for the largest of all the penguin species. 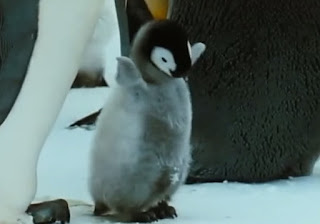 March of the Penguins was a good film, and there was a lot of fascinating things I learned about the Emperor penguins. Due to Antarctica having very few lifeforms on land (and the sea isn't much better) you can literally see their struggle for survival to pass their genes on to the next generation. The only things I didn't like is that it can be a bit boring, and depressing. The life of this kind of penguin certainly doesn't look very glamorous.

I did see this and thought it was done remarkably well.

Antarctica is a continent - the South Pole.
The Arctic is joined to a continent - the North Pole.
Various countries have territorial rights and control
over the Antarctica - Australia, New Zealand, Chile and
Argentina from the Southern Hemisphere and France,
Norway and the UK from the Northern Hemisphere.
Penguins are naturally in all areas a protected species.
B J Hunnicut M.A.S.H 4077

I haven't seen it but plan to. Thanks for grading.

I really enjoyed this film. A little sad at times, though.

I've seen this one on one of my flight many years ago, pretty cool!

Haven't seen as yet..

I saw this movie and I didn´t like.
xx

I really liked this one. I was fascinated with how far those penguins travel!