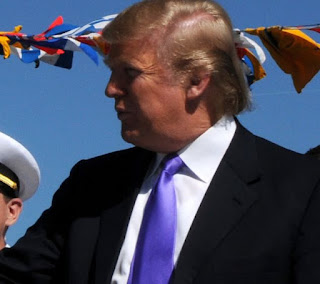 The presidential campaign of Donald Trump is one of the most bizarre political things to happen in quite some time. He's said some outrageous things but nothing quite irks me like him saying that not all children born in the United States should be granted citizenship. Despite citizenship being a right in the 14th Amendment. It wouldn't be so bad if other candidates like Ben Carson, Scott Walker, Ted Cruz, Chris Christie, Bobby Jindal, and Rand Paul didn't support ending birthright citizenship or join Trump in thinking that it's not in the Constitution when it clearly is. 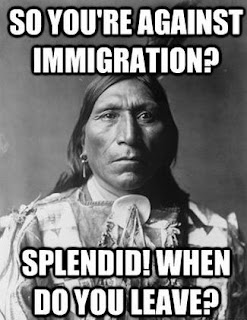 It's actually part of section one of the 14th amendment "All persons born or naturalized in the United States, and subject to the jurisdiction thereof, are citizens of the United States and of the State wherein they reside.". Conservatives get really upset when people have a different perspective on the 2nd amendment, but then they suddenly just ignore the 14th? What part about "all persons" meant excluding "some persons"? You don't need to be a lawyer to understand something that could be understood ten minutes into a high school civics class.
Posted by Adam at 9:00 PM

I don't know how anyone can take this man seriously. The only place I think he belongs is in a circus. He's such a clown.

For Christ's sake, Adam, spare your readers from this lunatic.
Some people should have been drowned at birth - this "clown" as
Martha above so aptly puts it is only fit for a clown.
And that would be an insult to professional clowns.

I did note your preferences in Education - goodness, seems
numeracy was not on the list, especially Roman Numerals - tut tut!
Cheers and PLEASE no more TRUMP!
The rest of the World is in hysterics at the prospects!
Jeb Bush is looney enough for us to stomach.
B J Hunnicut and company and that includes now Charles Winchester 111 of Boston.

I find Trump entertaining to watch, but he really is off his rocker. There's no way I'd like for him to become our next president!

I am not fond of Trump because of the way he attacks people.

And nor would the rest of "peace loving normal human beings".
A raving bloody lunatic!
Charles Winchester 111 of Boston General

Around 1897 Congress passed a law denying citizenship to all Chinese. It went all the way to the Supreme Court and the law was thrown out. If you're born here, you're a citizen, whether some people like it or not. Besides, it would cost billions of dollars for a the states to ratify an amendment to get rid of the Fourteenth. Ain't gonna happen, like everything the Republicans harp about.

I had read about this, I actually know some people supporting him, unless it's a joke.