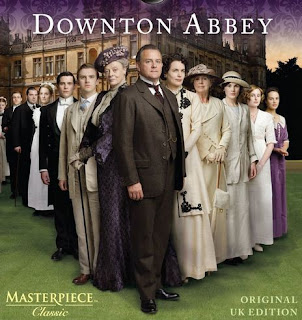 I had heard of Downton Abbey for quite some time now but never really considered watching it. While it's a critically-acclaimed show, in America it goes somewhat unnoticed as (like Sherlock) it airs on PBS. I also heard a few of the actors in Game of Thrones also were in Downton Abbey. Which was reason enough for me to start the series. 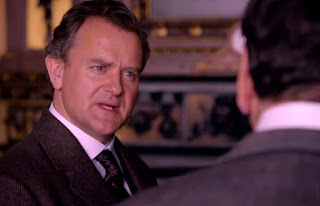 The story is about Lord Robert Crawley, Earl of Grantham in Great Britain. The year is 1912, and the Titanic sinks. On the ship was Robert's two closest relatives, which were his heirs to his estate. His daughters cannot be his heir as British law would not allow it. Robert had no close relatives, and his new heir is a very distant cousin they knew little about. 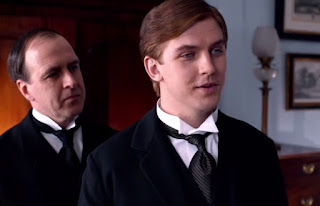 The heir is Matthew Crawley, who is quite middle-class compared to the British aristocrats he's related to. Both Robert and his wife Cora want their eldest daughter Mary to marry Matthew in order to give their daughter what she deserves. But things don't go well for both sides of the family at first, especially as Mary is quite rebellious and foolish. 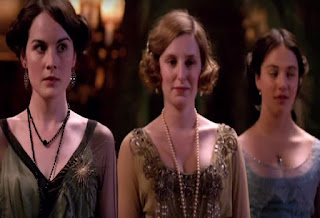 After watching the first episode, I somewhat wondered if I would like Downton as much as everyone else did. But at the end of the season, I realized there was never a dull moment, and how much I wanted to see what happens to the characters. I also like how it's set in history, and how all the characters are strong and unique; from the nobles to their servants. My wife Daisy really liked it too, and she is excited about the next part of the story.

Thanks for your lovely words on my last post!
Oh man, I so need to watch this show...

Only the BBC TV producers can produce such magnificent
period / era shows full of COMPLETE authenticity. Not a simple
details is left out. Make sure you watch the series in the correct
sequence of episodes, otherwise it is completely spoilt.
I have just finished watching the whole series - Each episode is
well over an hour and it will take about a week of watching to
complete the whole lot. Perhaps even longer.
Plus it will clearly define the difference of the "establishment" and
their domestics and of the lower classes.
HIGHLY RECOMMENDED.

Far superior to that comic rubbish for "children" that has been advertised
on this blog.
B J Hunnicut

I love Dowton Abbey Adam is fun and interesting!!
I can watch here because I can see BBC :)

I'm going to have to give it another go. Everyone I know who watches it, loves it.

Even never heard about it!!!

I think I made it to season three.

I wouldn't have credited you with getting that far
to season 3.
Pity possums don't drive cars - they might get you
in the headlights!
I'd certainly be on the side of the possum.
B J Hunnicut

That's great to read that you are both liking it. Have watched all episodes in the series thus far, and like it....you both enjoy.

I've got it on the watch list, have to give it a go soon.

The problem with those Game of Thrones actors is that they were all killed off.

I just started season 2. I am really liking it so far!

Make sure you watch series by series.
If not you destroy the story line and will be most
disappointed and confused with the turn of events.
DO NO WATCH OUT OF SEQUENCE.
Cheers
Colin

I watched the first one and then stopped... there's just something off putting in a bunch of aristocrats who sit around doing nothing complaining of depression and such things.... It over all stunningly boring... I much preffered UPSTAIRS DOWNSTAIRS from BBC

I've never watched it, but I wish I had. Perhaps I'll put it on my list. But then I'll never find time to catch up with my blogging.