Fact of the Day: Royal Mother 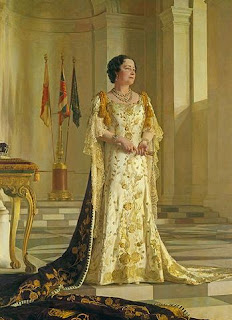 The battles of World War II had caused much danger for those living in the United Kingdom. There was an idea to evacuate most of the royal family including the future Elizabeth II to Canada, but they stayed. King George VI's Queen said "The children won't go without me. I won't leave the King. And the King will never leave." about the subject.
Posted by Adam at 12:00 AM

A more pertinent fact is that Lizzie, the Queen Mum, was married to George VI.
But she lived in the era of the first George.
B J Hunnicut

I read that somewhere, your post jogged my memory.

Wow that would have changed the world as we know it if they had moved.

Stuck no matter what then. Bet changes may have happened if they did go

Good that they stayed - it shows great loyalty to the country and people.