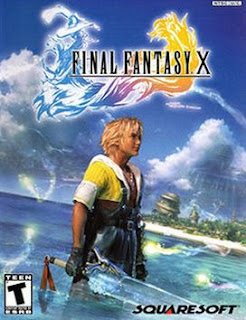 Final Fantasy X came out on PS2 back in the early 2000's, but I never got to play it. They made an "HD" version for PS3 (which includes the sequel X-2) so I figured why not? Though Final Fantasy and me have never gotten along very well. From the classic games that originated on the NES/SNES to something new like XIII I never could get very far into the game before I lost interest. I figured this would be the game to either keep me trying the series or leave it forever. 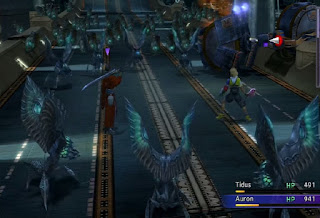 The game is typical of any RPG from this era. Very turn-based with different characters all of which have unique abilities. It's been the first RPG game I've seen in awhile where you can change your party in the middle of a battle. It also focuses on using only certain characters to defeat certain monsters. 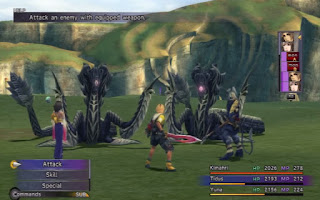 Unlike any other RPG I've played, the way you level-up is much different. There's a giant sphere grid where you can sorta pick what to improve for each character once you get enough experience to level up. Except they require additional little orbs that you collect, which I was not a fan of. It feels like leveling-up moves at a snail's pace. 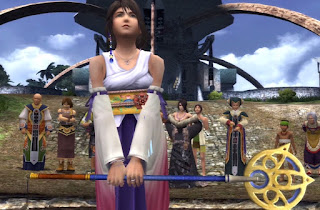 I got probably five hours into the game, and while I liked it for the most part, I just got bored. The sphere grid makes you feel like you make no progress, but I never really lost a battle either. The characters in the story are interesting, but since I wasn't going to finish it for real, I read a summarized plot instead. Even though it wasn't the full story, a lot of the plot has some weird things that don't make much sense. So I don't think I missed much on that part.

Sorry, but I'm not into gaming and can't offer an opinion.

Same here, Adam....I don't know anything about the games.