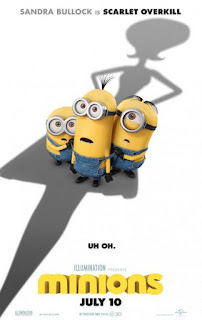 I didn't really watch Despicable Me or its sequel until last year. One of the reasons why the movies were so good were because of the minions. They are a species of yellow humanoids who are often hilarious. The Minions movie is about the minions before they met their boss Gru. But can the minions handle a movie just about them? 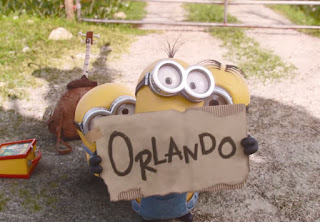 The story begins with the minions' origin. They evolved millions of years ago from yellow single-cell organisms to the animals they are today. No matter the time, they have always wanted to be the underlings for a terrible being. Keeping a master proved to be difficult, so a minion named Kevin leads two others to a quest to find a new leader. Which leads them to Orlando, Florida for a convention of evil. 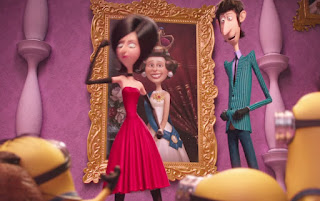 There they get to become the three favorite choices for the super villain Scarlet Overkill. She asks the minions to enter the Tower of London, and take the Queen's crown. If they succeed, then every minion can serve Scarlet. If they fail, their yellow colleagues might never see them again. 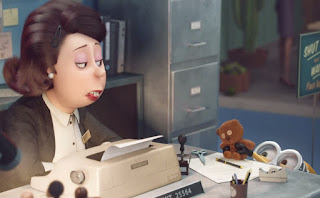 I can say that Minions was disappointing but I did like it. I never realized how much the minions needed Gru and his daughters to make a better story. It's somewhat like Joey Tribbiani on the show Friends when he got his own show about him. One of the best and funniest characters, but without the rest of the cast it doesn't hold a candle to the past. You can't miss it if you enjoyed the first two movies, but it could have been so much more.

I never watched any of Minion films either... something about them serving evil tyrants doesn't sit well with me

Ah, so cute haha! I have to watch this movie.

Ah well, I wouldn't be watching that film.

I can see your point. They definitely need they're supporting characters to get the full effect.

The Minions are certainly funny, but I worried about them carrying an entire movie.

I haven't watched any of the movies.

My kids are teenagers and they each have a stuffed animal Minion. LOL

I've never seen a Minions movie, but I know it's HUGE now. Everybody seems crazy about getting the little dolls, etc. including my granddaughter.

I stopped reading at "But can the minions handle a movie just about them?" Because I haven't seen it yet. Sadly. :( haha. I love the minions so much though! McDonalds offered minions as their happy meal here in the Philippines (I'm sure in other countries as well) and I bought a lot! Haha. I really want to see the movie now! :/ :))

I haven't seen any of the Minion movies, either. Everyone sure seems to love it.

They are cute, but I think the creaters of this can to make better cartoon!