Orange Is the New Black (TV Series) Season One Review 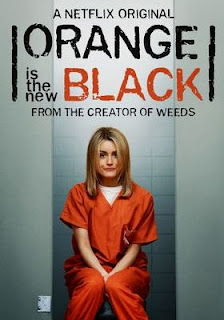 I had heard of Orange Is the New Black a few years ago when it was one of the first notable Netflix Original series. Though back then I was a bit skeptical, even though I heard it was pretty good. I was also shocked to learn it was based on a book written by a woman who the main character is based on. Is the show nearly as good as I hoped to expect? 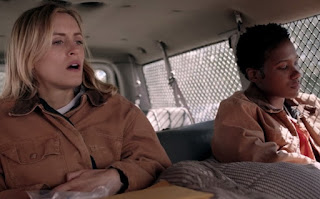 The story begins with woman named Piper Chapman who gets sent to prison for a mistake she made many years ago. She's certainly not the typical person who goes to the big house. She's from a higher social-class, but is generally very honest and sweet. While she obviously is concerned about what's ahead of her, she tries to stay optimistic and tries to make the best of things. 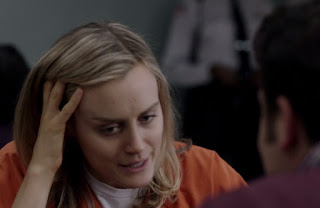 But it doesn't take long for things to crumble. She makes enemies by pure accident, or out of anger when she is wronged by other people. Though she makes friends who all have different pasts and skills. Even though she's only suppose to be there for less than two years, the only thing she can hold to is that her relationship with her fiance Larry will remain strong. 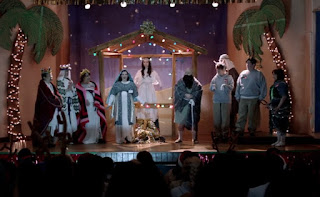 My wife also watched the show with me, and we both loved it. I can see now why everyone was so fond of the series and I feel dumb for waiting so long to see it. House of Cards showed me that amazing TV can exist as a Netflix Original, and Orange is the New Black shows that it's not beginner's luck either. Both my wife Daisy and I are hoping the next season is even better.

I also really enjoyed this show!

I watched 1 episode and knew it wasn't a show for me. I found it quite boring.

Suzanne is my favorite. I need to see season 3.

I no longer subscribe to Netflix, buuuut... I'm now hooked onto Big Bang.

I'll have to give it a try.

I'll have to give it a try.

I'll be curious what you think of season two.

The first season was awesome! It's kind of gone down hill now.

didn't see the first of it...maybe I can catch some thru this next season.

We love this show! Crazy Eyes Suzanne has us giggling all the time!