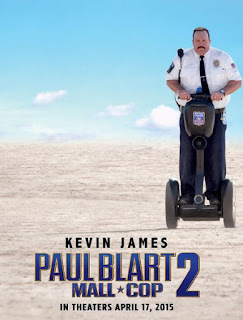 Comedies are some of the hardest movies to guess when it comes to critics. I could think of at least five very funny movies that critics loathed when they originally came out. I thought the original Paul Blart was a similar story. It was a good film, but not too many critics were terribly thrilled. I heard it was far worse with this sequel. But could it be that awful? 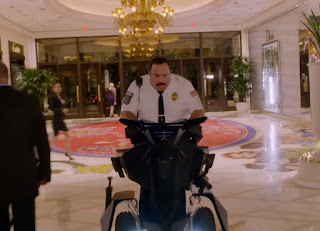 The movie takes place a few years after the first. Paul's wife Amy left him six days after getting married. Then his mother dies unexpectedly. His daughter gets accepted to UCLA, but she doesn't want to tell them until after his trip to Vegas. In Las Vegas, Blart has been invited to a convention of security guards, and is thrilled to go. 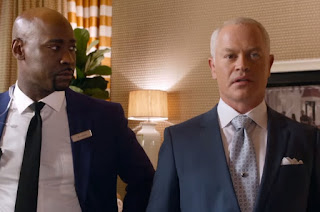 While Paul Blart is enjoying his time in Vegas (or at least trying to), something sinister is going on. A group of people seem to have an evil plan in the works. Nobody seems to know until someone catches them by accident. But once Paul Blart hears about it, he stops at nothing to be the hero for the hotel. 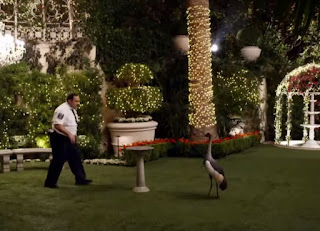 Paul Blart 2 is about as a bad as I had heard. I think the main problem is the movie not being in a mall, and when they bascially wrote his wife out of the story just never felt right with me. Especially as it made the last movie seem pointless. I say there was only one very good laugh but I had already seen it when Kevin James was on some talk show months ago. It's not an unwatchable movie, but it's not very funny and quite boring.

Oh no! That is not a really good score. Thanks for the review.

oops I did like the first one, thought him funny.

I saw the first one and really enjoyed it. Too bad about this one.

Oh noes! I loved the first film but have not seen this one. Too bad they took out the wife's character. That was stupid!

You've convinced me to stay away from this one.

Never wanted to see it before, still don't

Never saw the first one. Definitely won't see this one.

I haven't seen it but K. James isn't one of my favorites....