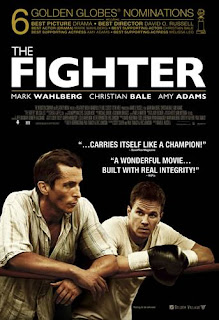 I had never heard of The Fighter back in 2010, though I did hear of it a few years ago. I didn't know much about it, especially considering that it was based on a true story. Though I don't really watch boxing, it's a fascinating sport. I really liked the Rocky movies, and the video game series Punchout. I believe this is the first boxing movie I've seen that's not set in fiction, but is it as good as the the film critics said? 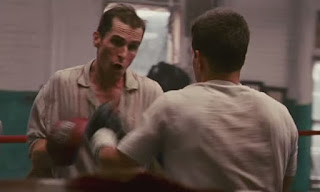 The movie is about Micky Ward, a boxer who is a "stepping-stone" for better boxers to face before they get to a "real" fight. His brother was a good boxer in his time, he even gave Sugar Ray Leonard a challenge at one point in history. But his brother now doesn't do much but get into trouble and try to train Micky. 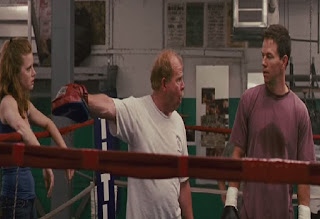 But after his brother gets sent behind bars for a short time does Micky get a break. A person outside of his family wants to train and manage his boxing career. While his mother, brother, and sisters are generally opposed to the idea, he does quite well. Things don't go well for his personal life when his family doesn't quite like his new girlfriend Charlene. 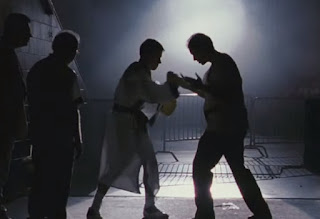 I honestly didn't like The Fighter as much as I had expected. Though Amy Adams, and especially Christian Bale were phenomenal in their roles. I'm not surprised Bale got his only Oscar win for this one either. The story of the brothers is cool I admit, but it's also realistic. So maybe that's why I wasn't too thrilled by the story.

Recently got back into blogging - glad to see some of the people who followed me are still keeping up! I haven't heard of this movie myself, but it sounds interesting.

I don't like fighting movies. Love Amy, Bale is hit and miss... sometimes amazing, sometimes I don't like his approach... thought he was atrocious in GODS AND KINGS, but loved some of his early roles.

Haven't heard of this one....my hubby loves boxing so he might like this since it's based on a true story....thanks for the fact.

I'm fatigued with the boxing theme, which seems to come up every year or so.