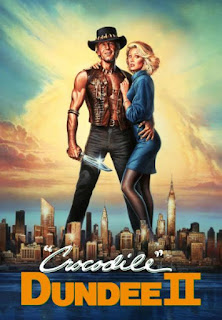 Crocodile Dundee II came out the year I was born, so you can say I was certainly very late when it came to seeing the movie. I watched the original for the first time in April. It wasn't the greatest film, but I did really like it. I heard the sequel wasn't as good, but I knew I wouldn't watch the third film regardless as I hear it's horrid. 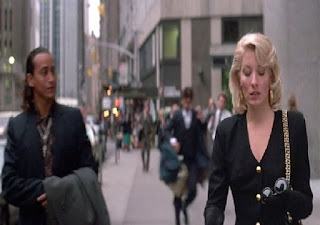 It takes place not long after the events of the first film. Sue Charlton's ex-husband Bob takes photographs of some evil stuff in Columbia. He's murdered shortly after, but not before mailing the pictures to Sue. The villains know of this, and they take Sue before she knows what's going on. 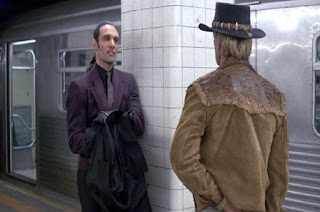 Michael "Crocodile" Dundee receives a telephone call with Sue informing him of her dire situation. For once Dundee takes things a lot more seriously. He meets one of the bad guys to discuss terms, but when things go wrong, Dundee must take drastic measures to save his girlfriend. 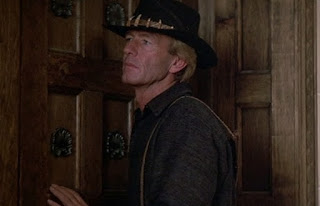 I actually liked the sequel way more than critics did back in 1988. It's certainly less realistic than the original, and a somewhat different tone of a movie too. Though the character of Crocodile Dundee is too likable to ignore. There were a lot of good laughs, and I thought there were many good uses for the talents of a unbelievable guy from the Australian Outback.

I vaguely remember this one, but remember enjoying it

Not sure if I've ever seen these or not. I don't think I have, but I know who he is.

I only bothered to watch the first movie.

I thought this was a pretty good sequel. I didn't know they'd made a third.

It was - I suppose - funny. ?????
That was the original. I certainly had no wish to see the sequel
of the antics of a "so-called" Aussie crocodile hunter in the streets
of New York dealing "justice" to muggers!
The "original" had two versions - one with all the Aussie slang in it and then
re-edited with the slang mostly removed for the International market.
So I have no idea what version you saw, Adam.
Gave the World some rather bizarre ideas of Australia.
Especially the incident with the buffalo - utter rubbish!
Plus that large knife which Paul Hogan carried - I've lived in
the outback when I was young, and no such knives did I ever see.
Linda Koziowski caused more interest here as she ended up getting
Paul in real life. She was the real "femme fatale".
Anyhow you in the States have Hogan now - he is dire taxation problems
here - seems like Depp he thinks he above the law!!

The Johnny Depp and his wife and pooch saga continues.
Mrs Depp IF she ever comes back here will be going to jail.
We don't want rabies in Australia. You break importation laws
here - you face the music ( 10 years behind bars!!!)
B J Hunnicut
PS: That "Pirate" movie being filmed here with Depp may have to be
finished in the REAL Caribbeans !!

I saw this movie but I don't remember it ! Have a great weekend ! :)

Oh - maybe you saw the original and this sequel which you previewed??

Hogan certainly was born in the Australian Outback - Lightning Ridge on the
NSW/Qld border - a place famous for the mining of Black Opals.
Gets temperatures well over 40 Celsius in the summer time, hardly any rain
all year around. A questionable population of 2,000 - 4,500 persons.
You can google for more details if interested:
"Lightning Ridge, NSW, Australia."
The young Paul Hogan made his TV fame when he was a "ringer" working
on the upkeep of the Sydney Harbour Bridge.
B J Hunnicut

I vaguely remember watching this one in the 80's. I think I liked it then, but not enough to watch more than once. Never did see the sequels.

those movies were a huge hit back when I was a wee lil' Dezzy... that and ROMANCING THE STONE franchise. And KING SOLOMON'S MINES a bit before that

I saw the first one and it was ok (I barely remember what it was about) but not too impressed...not enuf to want to see the others.
Saw a movie last night...A WALK IN THE WOODS that I didn't care much for (could have been my mood, tho) with Robert Redford...I never could get past how bad he has aged...(I am sooo shallow)..then went to a seafood place for dinner and it was horrible..sitting outside and it started raining...had to bring every thing inside...food cold...baaa HUMBUG...(I think I need an attitude adjustment..:) send me chocolate...