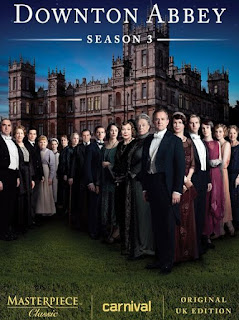 I often joke that Downton Abbey is what I watch to make me forget that Game of Thrones season six is still many months away. My wife Daisy and I have become big fans of Downton Abbey, and we love every minute of it. It can be a little hard to believe that a show based on British aristocrats could be so fascinating, but it is. 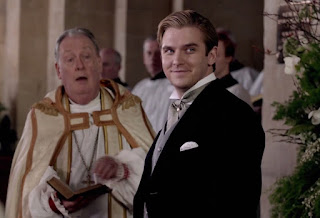 The season begins with the marriage of Matthew and Mary Crawley. With the duo finally married, it means Robert's plan of getting his eldest daughter what she deserved is now finished. Though their marriage will see its share of unhappy moments. Even Matthew's relationship with Robert will become strained when the heir tells the current Earl of Grantham the honest truth about his estate and a modern plan to fix it. 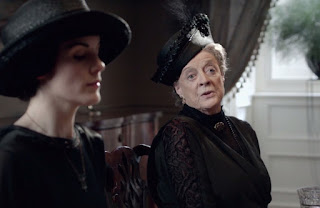 Though not everyone is happy. Edith is still looking for a potential spouse, John Bates is still wrongly in prison, the former maid Ethel has to make a tough choice for the future of her son, and things won't get better when unforeseen tragedies strike. Even the future of Downton Abbey is still in jeopardy. 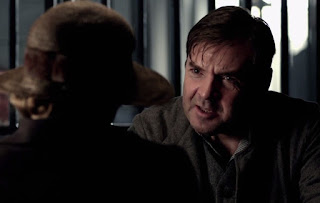 Daisy and I liked the third season about as much as the first two. I don't want to spoil anything for anyone, but this season features one of the saddest deaths of a character I've ever seen. I also didn't like the certain departure of another character, but I can't fault the show's writers for that one as it ended up being the actor (for understandable reasons) not wanting to be in the show anymore. I can say it won't be long until we begin the fourth season.

You've got some explaining to do... How can a show based on British aristocrats be so fascinating?

This was a particularly good season.

Well they are making a Series 4 now - to be released at the end of the year.
That will be very interesting.
Now start saving up and take Daisy to the UK and you can see some
of the locations used in these "aristocrats" palatial estates.
Do it while you are young, you'll both enjoy it far more.
Have you been to Laos? That country is now VERY open to the
tourist dollar.
Cheers
B J Hunnicut of the Aussie M.A.S.H unit
aka - Colin

I was pretty angry over that death. The next season has another one that left me angry too!

oh my, Adam, fascinating and Downton Abbey in the same sentence? :))

I think I made it through season 2. Have you ever seen Gosford Park? Very similar.

It looks like an interesting series, (as always I have to fight if I want to see something others don't want to) I love actors, costumes and scenographies... there's a great work behind it! :D

I've never seen even one episode....it seems like a soap opera...and I just never did care for those....well...except DALLAS...:)