Fact of the Day: American Mothers 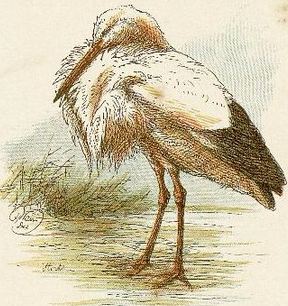 Among first world countries, the United States has the highest rate of teenage pregnancy (which often includes unintended or unwanted pregnancies) in the world. While rates have dropped in recent decades, the worst states are mostly in the American South, while the ones with much lower rates are in the Northeast.
Posted by Adam at 12:00 AM

Adam
There is no such thing as an unintended or unwanted pregnancy.
Rape is the only cause. And that is despicable and should bring down the full
force of the law on the mongrel rapist - no ifs or buts.
But how many girls are pregnant by virtue (not the best word to use) of / by not knowing what can happen????????? Answer that.
Here (Australia) and I am bloody sure in the US - some girls of lower eco-social intelligence but with full knowledge of the government ( ill advised) assistance
know that social security benefits are available. Some have multiple kids by different fathers and get money for it. Stop this and illegitimacy will stop.
Taxpayers should not pay for "The rule of the jungle".
What chances do these "really unwanted" kids have in life???
NONE.
I have said my piece on this subject and I detract not but syllable!
B J Hunnicut aka Colin

"Detract not ONE syllable".
B J Hunnicut
I'd like to see some informative and constructive replies on this issue!
Not the usual - "I didn't know that CRAP".

I have my reasons why the North East of you country has less teenage pregnancies....even though I live in another country.
Buggy ear is correct for many Australian young women, they play the system, but not all do.

Ha! Typo as in predictive text...Colin :) should have been your name...

I absolve thee in "The Name of the Father etc".
Cheers
Colin

It's really sad. And, it could be rape or people making out...it must be hard for the woman ..more I think.

Doesn't really surprise me at all.

interesting, it must be the scurge of the developed country.

My understanding is that unwanted teen pregnancies are at a thirty year low. I hope this is true.

Ukraine has a high level of teenage pregnancy too. The biggest part of people at my age I know are married. For me it's crazy. I can't imagine myself that I'm married and have kids now.

Ukraine has a high level of teenage pregnancy too. The biggest part of people at my age I know are married. For me it's crazy. I can't imagine myself that I'm married and have kids now.