Once Upon a Time (TV Series) Season 4 Review 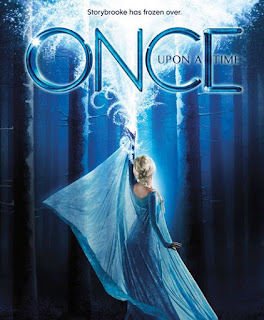 At the end of season three, it was revealed that Queen Elsa of Frozen would be in the next season of Once Upon a Time. I heard the news despite never having seen the show. My mom mentioned she watched the first season and liked it so the news of Elsa made me want to watch the series. So I watched all the three previous seasons before the fourth came out. By this time, I had liked the series so much that it didn't matter if Elsa was in it or not. 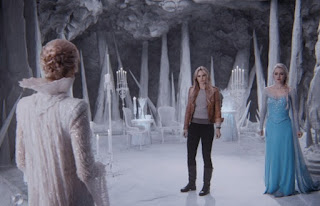 Like the third season, the fourth is split into two story arcs. The first is about Frozen's Queen Elsa being released from a magical container and she enters Storybrooke scared and confused. It seems her sister Anna is missing, and so is Elsa's memories of how she ended up getting to Storybrooke to begin with. The mastermind turns out to be someone very similar to Elsa, and she has a grand plan both for Elsa and Emma Swan. 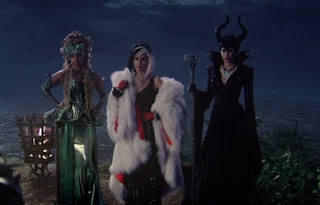 The second half is called Heroes and Villains. Regina and Mr. Gold realize that villains never find true happiness, so they both try to figure out a way to fix this mostly though their own independent ways. However the sea-goddess Ursula, the evil Cruella de Vil, and the dragon-witch Maleficent arrive in Storybrooke for the same thing Regina wants. Unlike Regina, they want to remain evil in their quest. 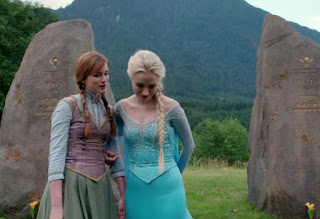 I really liked the fourth season a lot, and I didn't think I would like the Heroes and Villains part as much as I did. Though I did like the Frozen story better than the second half. Though I will say I didn't like the direction some of the characters were going, but there were plenty of good surprises and twists. I also wished they stopped doing so many flashbacks about Snow White and the Evil Queen. I have an optimistic outlook for the fifth season, but I don't think any fans will be unhappy with the fourth.

I've been watching this show since it came out and I'm still loving it.

Haven't seen this one.

I have no idea what you are talking about but if you're happy, I'm happy. Hi Adam!

Never heard of this one but again, I am not a big movie goer!

We are really hooked on Once Upon a Time. I didn't know Elsa would be returning. That would be fun!

can't believe that series is still on.. it was amazing in the first part of the first season and then just became pointless and boring with fairy characters stumbling around with no direction. They're milking Disney world so much!

It was a good season indeed, King Arthur should be fun this season

I know only about cartoon, about this one I've never before. Sounds like good series!

Sorry Adam. Dezzy made me do it.

Dezzy, what are you talking about? I love this show, so I am happy its still on! Can't wait for the new season to start!

I've seen a couple scenes while doing zapping and tought this series was too imaginary ( I mean with all these different characters from the fantasy world together haha)... I have to see it when I'm alone at home and give "Once upon a time" a try :D
Thank you for the news!!!