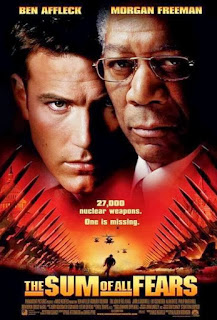 I somewhat remember The Sum of All Fears when it came out in 2002, but I never actually saw it. I later learned that is was part of Tom Clancy's Jack Ryan novels/movies. I have actually just recently saw all the previous films The Hunt for Red October, Patriot Games, and Clear and Present Danger which all of them I have really liked. I figured I wouldn't like this one as much as I could obvious tell they had made Jack Ryan a lot younger with Ben Affleck replacing Harrison Ford despite the novel being a direct sequel to Clear and Present Danger. 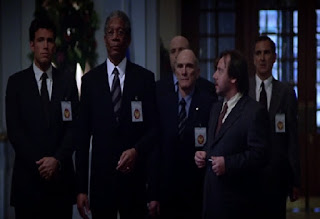 The movie has a young Jack Ryan (who hasn't married or had children yet) meet up with CIA director William Cabot who takes him along to some meetings which include a meeting with Russia's president Alexander Nemerov. Ryan believes Nemerov as a decent man, so when Russia apparently causes political havoc he is the only one who correctly thinks that Russia's president is not at fault. 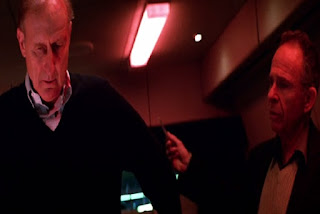 The unthinkable happens and not before long events have the two nations in a bitter confrontation like the old Cold War. The only problem is that Russia is innocent, and Jack Ryan must figure out who is behind the tragedy. But when he does, will anybody actually believe the truth of the story? 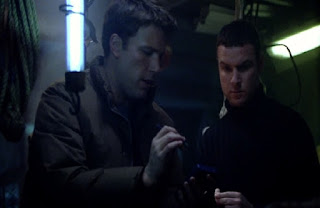 The Sum of All Fears is easily the worst all the Jack Ryan films (though I'm not counting the 2014 Jack Ryan film with Chris Pine) and I think some of the blame is the casting of younger characters, and the changing of the original novel to meet the political atmosphere of a different decade which creates a story that makes less sense. I also didn't really think Ben Affleck made a good Jack Ryan, nor did I care for Morgan Freeman's character William Cabot. Though I did really like Liev Schreiber as John Clark, though you don't see that much of his character.

I've seen this one a couple of times because my husband loves these movies. I really liked this one as well.

I saw it many years ago, but don't remember anything about it. So, I would say since it was so forgettable, your grade is well deserved.

I haven't seen this one...all the others were such awesome movies. Seems every time they change the characters in a sequal, it's never as good. I'll take Mr. Ford over Ben any time. :)

I think I saw this movie, but it didn't leave me with much as I can hardly remember it.