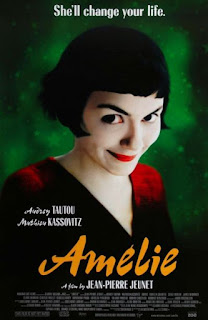 I don't remember how I originally heard of Amelie, but it had almost universal acclaim by critics. I wanted to watch it with my wife Daisy, but she didn't like the fact that the movie was in French instead of English. Foreign movies are not something I typically watch but an awesome story is good in any language. But subtitles do help a lot! 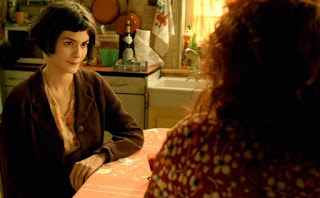 The story is about Amelie Poulain, a French woman who had an awkward childhood where she had almost no friends. This has led her to have a massive imagination. Inside her room she discovers a box hidden on the other side of the wall. Inside it is are a few things a boy from the 1950's would have collected. 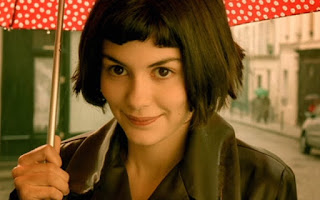 She decides to find the owner of the box even though it's been about 40-50 years. She finds some clues and goes on a bit of an adventure. Amelie loves to help people but she does a have a strange way of getting things done. But before she knows it, her life might change forever as she meets the perfect person. 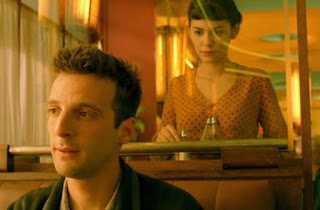 I did like Amelie but just not as much as critics back in 2001. It's an extremely clever movie, but I will admit that the language barrier does dull some of its humor. I also felt that there were a quite a few boring moments that slowed down the movie's pace. I don't think I could convince someone like my wife to watch Amelie but I'd recommend it for anyone who doesn't mind a foreign film that is not in English.

I don't mind watching a subtitled movie if I see it in a theatre because it's easy to read the words on a big screen. I can't watch them at home on my TV unless I sit on a chair about a foot away from the screen to see the words. Not very comfortable, LOL!

I remember enjoying this movie at the time it came through the theatres although I now remember almost nothing about it.

I love this film!

I found it engaging but quirky.

This is another all-time fave movies of mine:) I guess it's because I was so obsessed with Paris too when this came out.

Since I am fluent in French I would have understood the movie without the need for subtitles; however, I am glad that they use subtitles for those who do not understand the language.

all movies and series are subtitled in my country :) Dont' know what the big deal is about it.
I was called a male version of Amelie a number of times in my life....

haven't even heard of this one...(but then, I don't get out much..lol