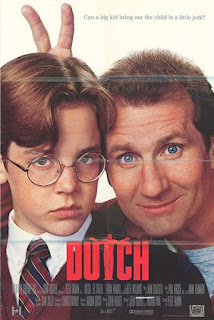 I never heard of Dutch until recently even though I really liked Ed O'Neil as Al Bundy on Married with Children. I learned after I watched it that it was not a successful comedy with critics. Though to be fair, a lot of fan-favorite comedies from the early 1990's were not either. Is it any good twenty four years later? The story is about Dutch Dooley who is dating a woman named Natalie Standish. She's been recently divorced to a upper-class jerk who gave Natalie a rather awful deal on the divorce. Thanksgiving approaches and Dutch decides to drive many miles away to take Natalie's son back home from prep school. He figured he'd rather drive as it would give him time to bond to his possible future step-son on the trip home. 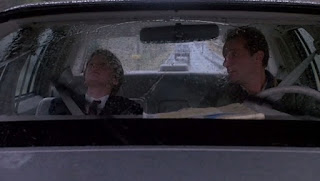 He arrives to his school, and realizes that Doyle is a snobby little brat. He's angry about his parent's divorce and his false feeling of superiority does not make him many friends at school. He blames his mother for the divorce and refuses to go see her. But working-class Dutch decides that he's going whether he likes it or not. 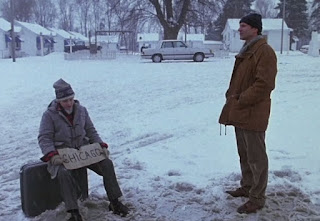 I figured I would like Dutch and I did. I'd say it would have been better as a pure comedy instead of a comedy-drama. The serious parts of the story were decent, but I just felt like it wasn't quite as funny as it should have been. There were also too many moments that just slowed down the story for me. It's a good film but I can see why a lot of people forgot it existed.

I remember this one. I liked it but it could've been funnier. You're right, Adam.

I never heard of this one, but I do love me some AL Bundy. Lol I'll have to deal with the drama and enjoy the funny.

I liked it but it wasn't the best

You know, I can't remember whether I saw this one or not. I've always liked Ed O'Neil.

Never heard of this one before.

I missed this one.

I miss this film nha xinh. I saw tu bep gia re when i was a child. nam linh chi viet nam