Fact of the Day: Vice President 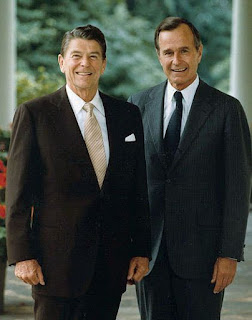 Ronald Reagan was one of the few presidents I really liked and respected.

I remember the time of Ronald Regan

Guess many want someone new

After eight years people often have "party fatigue" and want to try a new direction.

RR was a twat, his love affair with MT proves it.

I wasn't aware of this; thanks for sharing.

I loved Pres. Reagan and I am a huge Bush fan....thanks for all these great facts, Adam.

Interesting fact. Ronald Reagan was an incredibly popular president, so it's understandable why people would want to try to make his administration continue in some form by electing his vice president.