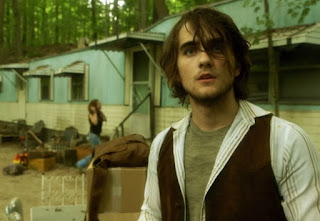 Hemlock Grove is a Netflix original series I had no idea existed until recently. It's in the horror genre which I tend to avoid if I can. It's based on a novel of the same name, but it came out about two years ago. My wife Daisy suggested we watch it, and I agreed. I didn't expect to hate it as much as I did to be honest. 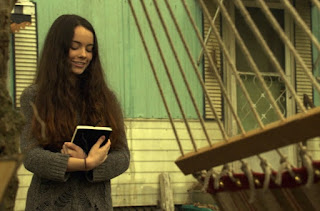 The story is set in the town of Hemlock Grove in Pennsylvania. Peter Rumancek and his mother move into town, but some people of the town don't like them too much because they are Romani (gypsy) people. A girl named Christina helps spread a rumor that Peter is really a werewolf which the whole town will seem to believe. 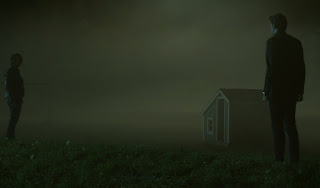 Coincidentally a young woman was murdered, and it seemed to had been done by a vicious animal. Most in town point their fingers at Peter, but he was not responsible. He forms a friendship with Roman Godfrey, a strange guy with his own problems but happens to be part of the most powerful family in town. They find out a real werewolf was behind it, and when more victims appear, they work together to stop the monster. 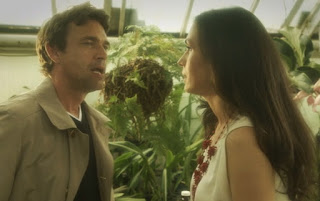 Even though I said I don't like the genre, I have liked things within the genre before. I haven't seen work based on Stephen King that I didn't like. But I really thought Hemlock Grove was very disappointing. The acting can often be a joke, and I thought Roman Godfrey was too much of a drama queen to be likable. It also has a lot of things that are just plain weird, and relies on too much stuff that is just grotesque. I wish I could say I was done with the series, but it's become apparent that my wife wants me to watch the second season with her eventually.

I tried watching it on NetFlix but soon stopped. Not my cuppa, either.

Haven't heard of it yet. I was just going through Netflix trying to find a new series to start. Glad I didn't come across this one yet. I'll be sure to avoid it now!

I wasn't aware of this series and won't seek it out based on your review. Such is your power!

Hahaha...the things you do for your other half, eh? :D Too bad it's not too good coz the premise did sound interesting. I was thinking of watching this, but I think I'll pass.

I never heard of it either...and will avoid it now. I love Stephen King, too. I just watched The Storm Of The Century and scared myself half to death...lol

Never heard of it and sure don't wanna see it....I do, however, just looove scary movies.

LOL! Compromise is the big word when you get married! terry's seen lots of things he couldn't care less about for me. Thanks for the heads up ~ I'll spare him watching this! Have a great weekend, Adam!

I actually watched it when it first came out on Netflix. I did like it, mostly because it was so random and strange, I couldn't look away or stop watching it. It was basically a summer binge for me back then haha.

Season 2 was even more strange, to the point where even the actors were confused about what was going on. It took me months to finish. Season 3 comes out at the end of the month, and I feel like I've invested too much time to quit now.