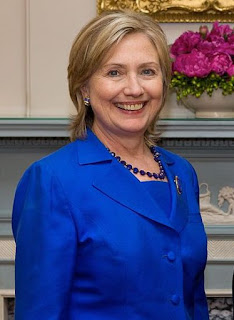 The Trans-Pacific Partnership has come under criticism from both people on the left and the right of the political spectrum. A lot of people see it as the NAFTA between the Americas and Asia. I wouldn't say I'm totally against the Trans-Pacific Partnership but I'm very worried that it will cause American jobs to be lost. She had originally supported the deal when she was still in the Obama administration, but now she's coming out against it. While I think she's doing it to win more votes from liberal democrats (who are supporting Bernie Sanders), I'm glad to see more people against the deal until changes can be made to make the Trans-Pacific Partnership a more sensible agreement between nations.
Posted by Adam at 11:00 PM

Sorry to disagree, Adam.
Australia fought hard and well to get what was fair and equitable for us.
We are a sovereign nation as is the USA and we like the saying - "Fair's fair".
There has been too much dominance by the USA in controlling export/import
quotas and such and American and now Chinese domination of the Trade
Agreements has been sorted out - 30 "SECRET" chapters - which may come to
light in years to come. What's the big secret????
I think 13 Pacific rimmed countries participated in this Atlanta "talk fest".
It was discussed here on TV by a panel of experts last night. I don't think the USA
came out too badly.
Just remember that when you buy your smart "Nike" shirt, shoes or skirt they
are now made in the P.R.C "sweat factories" owned by oligarchs of the ruling billionaire elite class. How much do you pay for your P.R.C Nike???
So who pockets the profits???
B J Hunnicut aka Colin

Politicians are pros at flip-flopping.

what an evil biatch that is... covered in blood of millions of innocent people around the world. Hope she rots in hell one day

TPP will be harder to pass now that Hillary Clinton has opposed it, the same way that the Iran deal became easier to pass when she supported it. I'm glad her positions on these two issues are this way round rather than the other!

Unfortunately for Hillary, her decisions smack of politics instead of core beliefs.