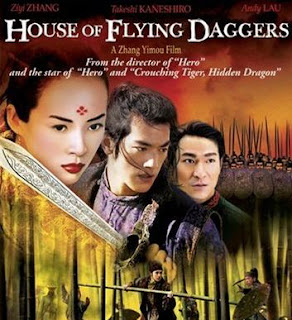 While most American movies (even the minor ones) get a worldwide release, films from outside of the United States are usually ignored for the most part in America. I had heard of House of Flying Daggers about ten years ago, but I didn't know much about it other than being a Chinese film. I remember watching Crouching Tiger Hidden Dragon a few years ago and I noticed Ziyi Zhang was also in this movie too. 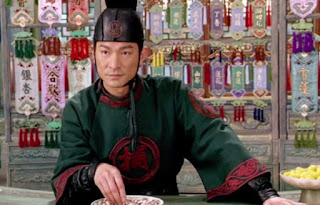 The movie is set in 859 AD as the Tang Dysanty in losing control of China by several rebel groups. One of them is the House of Flying Daggers which gained popularity by taking from the wealthy and giving it to the poor. Two police officers named Jin and Leo are ordered to take out the new leader in ten days, but it took months for them to assassinate the old leader. Leo takes a blind dancer named Mei to jail as she's believed to be the old leader's daughter. 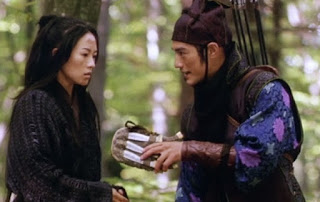 Jin frees Mei and pretends to be on her side. They ride out in the forest as policemen are "defeated" by Jin. Though this is all to fool Mei, as Jin is hoping that Mei will lead Jin and his men to the House of Flying Daggers. Though things will get complicated when the military gets involved (who don't know or care about Jin) and when Jin starts to fall in love with Mei. 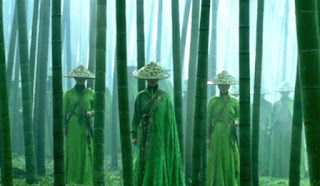 Like most critics I liked the movie, but unlike Crouching Tiger Hidden Dragon I didn't think this film was over-rated. The two films use a great use of color and dance-like martial arts to visually impress the audience. However I thought House of Flying Daggers had a good story behind all that. Though I will say that I did not care for the ending and there was also a lot of stuff that didn't make any sense. Though there is a big revelation near the end that was brilliant.

I'm not familiar with it but from your review, it sounds good.

Sounds good--even though I never heard of it before. Have a great night.

Since you recommend it, I'll try and find it.

There have been some great movies come out of China. "Raise the Red Lantern" is one I cannot forget. I'll have to watch for this. I'll skip "Halo Legends" though! Loved the photo of Daisy with her ice-cream. My favorite lately is caramel licorice! Have a good one!